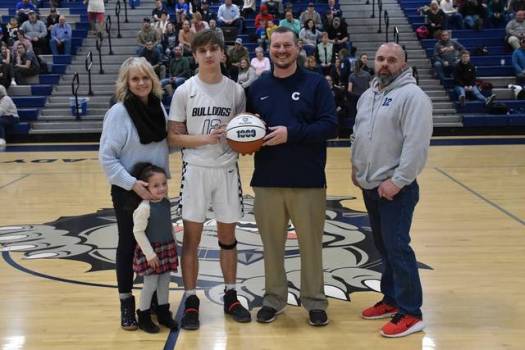 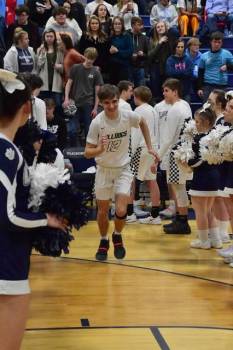 Claiborne Bulldog Kade Beeler joined a very short list, January 20, when he recorded his 1,000th point as a Claiborne Bulldog. He scored 12 points during the game against South Doyle on the road which allowed him to reach this special milestone. Beeler was presented a basketball that honors his achievement before the Greeneville game, January 21. Beeler then went on to add 18 to his total during the game.