Bulldogs survive at home against Knights 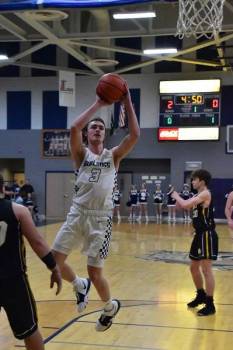 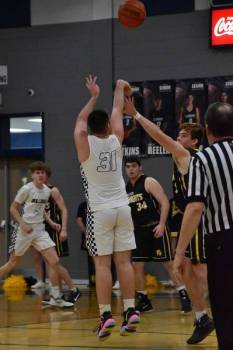 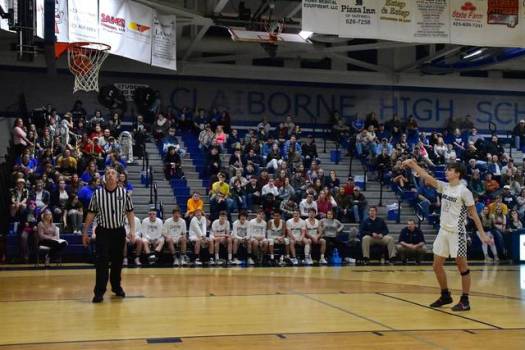 <p>Kade Beeler hit big free throws at the end of the game.</p>

The final Claiborne game of the night against Chuckey-Doak, Jan. 24, featured the varsity boys, and Claiborne was wanting to rebound after a loss to Greeneville earlier in the week. It took three minutes before the first basket of the game was hit.

Daniel Atkins scored the first points followed by Evan Poore. Kade Beeler put points up at the free-throw line, and Blaine Caylor came in and hit a basket making the score 11-6 after one period. Isaac Thomas hit one to start the second period, and the Bulldogs started hitting shots from both deep and in the lane.

The Bulldogs led by 10 but let the Black Knights inch back into the game. Will Hatfield came in and immediately forced a turnover that led to two made free throws for Atkins. With just a minute left, Seth Morelock hit a basket making the score 23-19. At the half, Claiborne and Chucky-Doak were tied at 25.

Coming out of the break, the Poore brothers and Beeler helped CHS move out to a 32-27 lead. At 3:51, the Knights had again tied the game at 32 and then took the lead. At the end of three, the Bulldogs were behind by a single point at 39-38.

The rest of the game was a heated one after a technical foul was called on the visiting team. Claiborne went to the line with two free throws at the 1:08 mark and were down by three at 55-52. Beeler hit both and Ethan Poore drove in for the go-ahead basket with 42.8 second left. Claiborne added two more points to secure the victory at 57-55.

Following the game, Claiborne head coach Corey McGinnis said this, “It was a good win for us, but hats off to (the Knights). You have to give them credit because they never gave up. They are a talented team, and I’m proud of the way our guys played them.”