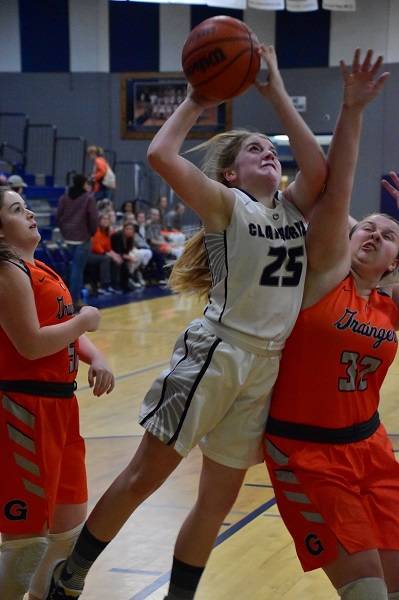 The first game of the evening was a junior varsity girls game, and the Lady Grizzlies had all the momentum and stormed ahead early to lead at the half, 23-10. But, that did not deter the young Lady Bulldogs from giving it all they had during the second half. Whatever speech the coaches gave out at halftime needs to be bottled up and gave out more.

Point by point, Claiborne started coming back. By the time they heard the final buzzer, they had won the game by eight points, 40-32. The amazing comeback was led by Hannah Fugate offensively with 14 points.

Claiborne was active on defense and forced several turnovers and forced shots. Emma Myatt assisted on offense with nine, Hailey Sexton had six, Taylor Pressnell had five, Neveah Cobb and Mackenzie Cowell both dropped in two. The scoring was rounded out by Chelsey Harvey and Ella Compton with one point each. Alyvia Sneed led Grainger with nine points.