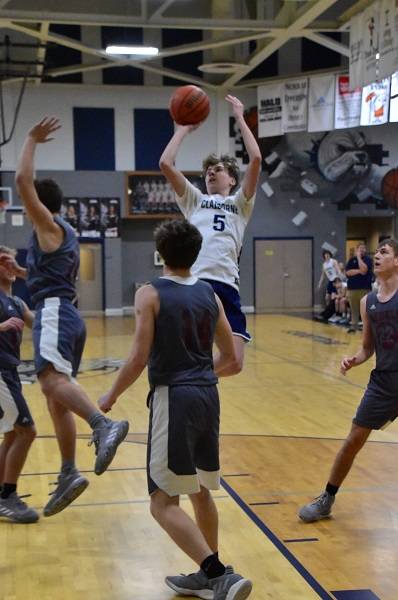 Seth Morelock led the Bulldogs with 16.

Claiborne High School was not in session on Feb. 11 due to flooding on area roads, but it didn’t change the basketball schedule versus South Greene.

Three games were on schedule with the opening game featuring the Bulldogs and Rebels boy’s junior varsity teams.

The Rebels made a 15-0 run to start the game and Claiborne found themselves down 21-5 after the first period of play. During the second period, the Bulldogs defense woke up and made it tougher on the Rebels and had the halftime score at 32-20. Claiborne lost ground in the third period, 53-32, and the Rebels played big and won big at the final buzzer, 69-40.

Lack of practice due to the school being out for sickness and flooding was obvious in game play for the Bulldogs.