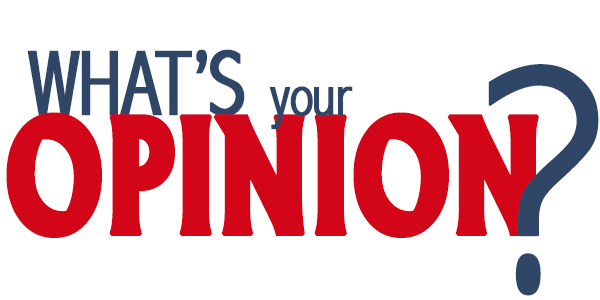 The Claiborne Commission spent some 3 and ½ hours during its regular monthly meeting winding through what ended up as an arduous journey next to nowhere. Several residents making up the nearly capacity crowd, and some commissioners, walked away from the meeting scratching their heads and wondering what just happened.

The Claiborne Progress has received several calls from county residents who wanted a “straight answer” to one item or another that was discussed or voted on during the meeting.

One hot topic concerned the proposal to reduce the number of commissioners from the current 21 to 11 – one from each of the nine districts plus two ‘at-large’ commissioners.

Resolution 2020-024 went through a couple of failed amendments before one was adopted by a vote of 11 to 10. Commissioner Anthony Rowe made a motion to keep all 21 seats while cutting in half the commission salaries.

What seemed to be of interest to some onlookers was what one resident characterized as “putting the cart before the horse.”

A call was suddenly made to table the matter, prompting the commission to stop in mid-vote when deciding the fate of the original resolution, as amended. The voting process started over – this time, deciding by a vote of 17 to 4 to lay the resolution down until next month.

Commissioner Shuford, who co-sponsored the resolution, was very forthcoming during an interview.

“I think by tabling the resolution, county commission is unwilling to definitively answer the question, ‘are we in favor of decreasing our size?’ I believe the citizens of Claiborne county want an answer from county commission to see how they are aligning with the general public opinion, which seems to be in favor of the reduction in size of the Claiborne Commission.

“I would also like to point out that the procedure for tabling the resolution was incorrect. Although Claiborne county has never formally, by a resolution, adopted Robert’s Rules of Order, once an item has received a motion and a second, it is required to be voted on – which did not happen.

“Tabling a resolution can only be used for a break in the course of a meeting – not to simply say, ‘I do not want to vote on this item.’ I do believe that, by the item being tabled as it was, it is allowing the citizens of Claiborne county to voice their opinion on the matter, which should be brought up again at the March meeting,” said Shuford.

County attorney James Estep III said in an interview that there was nothing technically illegal about the decision to table the resolution while still considering the amendment.

“There’s nothing prohibiting it. It may not be kosher in the sense that it may not meet Robert’s Rules of Order. There’s a statute that talks about that, when the meeting’s over and it’s been adjourned, you lose all objections to form and formality, at that point. So, you have to bring it up during the meeting, if you’re going to say anything about the action that was taken,” said Estep.

Two apparent roadblocks in reducing the number of commissioners were discussed prior to the final vote. Commissioner Mitchell Cosby said he had talked with CTAS (County Technical Assistance Service) about the matter. He said he was told that counties cannot have “at-large” commission members nor do they possess the ability to stagger commission terms unless they are ruled by charter.

Part of the resolution calls for initial six year terms for half the commission and four year terms for the other half. That way, at least half the board will be comprised of ‘veteran’ commissioners rather than beginning over with an entire commission filled with newbies.

Some of the commissioners seemed concerned about uneven representation due to the prospect of “at-large” members, who would be the go-to person for residents living in only the specific district from which that at-large commissioner resides.

The commission voted on a motion to have the two “at-large” commissioners split their duties between the northern and southern sides of the county. That way, every resident would have equal representation.

During the meeting, Estep reminded the commissioners that the upcoming Census could change the makeup of one or more of the nine districts. This redistricting alone, he said, could affect the number of commissioners in this legislative body and possibly change which district any particular commissioner winds up representing.

According to CTAS, county commissions must be comprised of 9 to 25 members to be compliant.

The resolution is expected to be revisited in March, during the regular monthly meeting of the commission. As it now stands, each of the 21 commissioners receive $350 per full commission meeting and $175 for each committee meeting on which they sit.

If the final version of the resolution is adopted with no further changes, the new pay scale will be $175 per full commission meeting and $87.50 for each committee meeting.

The commissioners are also given an opportunity to sign up for the county health insurance program. This is not a freebie, however, according to county mayor Joe Brooks.