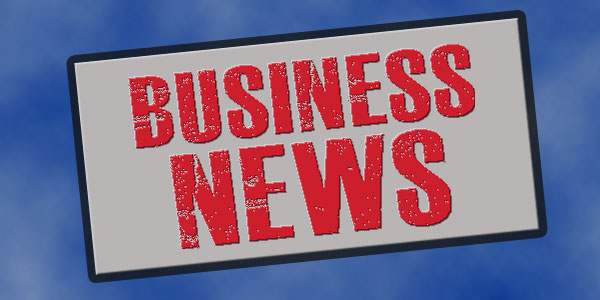 The Claiborne Commission is attempting to beat the clock to qualify next February for an Appalachian Regional Commission (ARC) grant. If approved, the funds will provide a substantial chunk of money to continue the project to extend waterlines into the more rural areas of the county.

Meanwhile, the commissioners were up against the clock about the decision to take out a $500,000 capital outlay note. The loan would go a long way towards starting the process inside of 3 of the 9 county districts.

The commissioners sweated for nearly 50 minutes on just this one agenda item. The resolution was eventually given the thumbs up. However, an amendment was tacked onto the document requiring an information-gathering expedition with the local utility districts.

Commissioner Zach Mullins suggested early into the meeting that the board take a look at the need for water countywide, rather than concentrating its efforts in extending waterlines in just a few communities. Mullins asked whether there would be enough money to pay the 20 percent match if the county was successful in getting an ARC grant to move forward with the proposed Springdale sewer line project.

Last month, Mullins spoke of the existing crisis with the rusted, obsolete septic system at the Springdale Elementary School. He said there would be serious EPA consequences ahead if the wastewater problems are left unaddressed.

There seemed to be a consensus that the Claiborne school system – and its separate budget – would be responsible for covering that particular match, if approved.

The discussion returned to the proposed waterline extension resolution. Commissioner Steve Brogan asked that the vote be held over one month to allow time to determine what additional areas would benefit from the project.

“If we’re going to do this, and get a capital outlay note – let’s go ahead and get some of these areas where the CDBG (Community Development Block Grant) won’t get,” said Brogan.

“The only problem with this is, we missed this February on the CDBG (grant). By the time we do this, and get the outlay note and get with the utility boards, we’re going to be pushing ourselves back up to where we won’t have this done and we won’t even get to apply for the CDBG next February. That’s the timeframe we’re working with,” said Mundy.

Brogan withdrew his original motion to table the matter and amended the existing resolution to require that the commission and utility districts meet in workshop.

The discussion continued for some time until a county resident asked to speak. He said that if the commission chose to move forward with the note, it would be the first time the county had done so for a waterline extension. He said grants had always paid 100 percent of the costs to extend water. Or, if those grants could not be approved, the county would then apply for an ARC grant.

He questioned the number of residents the resolution claimed will be affected. The resolution, whose verbiage the resident said was “unclear,” seems to point to the potential for a total 87 “future” residents, he said.

After more discussion, commissioner Brogan said many of those living in the more rural areas will “never get water” without either acquiring grants or, in this instance, moving forward with the outlay note.

“The water companies, they can’t afford to do it because they don’t have enough customers (to make it profitable),” said Brogan.

County mayor Joe Brooks spoke about how the note will affect the county finances.

“What’s not in the resolution is how you’re going to pay for it. Granted, it is coming through debt service but, in that debt service fund, you’re allocating 3 pennies of property tax to pay for that. If the penny stays where it’s at for the current year, you’re looking at $50,000-$53,000 a penny. So, we’re (guessing) it will take you almost 4 years to pay this $500,000 loan off,” said Brooks.

He suggested the commission figure just how much money will be needed to add more extensions in other areas of the county before adopting the resolution.

“If you take that number up to $1 million, to get other dead spots in the county, you’ll have to reapportion more pennies to that debt service fund to be able to make that capital outlay note,” said Brooks, adding it could very well impact property taxes.

A motion was made a second time to table the vote – this time by commissioner Whitt Shuford – so that the commission could gather “concrete numbers” to create a universal plan.

The initial motion, made previously by Brogan, was brought back to the table. The proposal called for moving forward with the adoption but amending it to allow the commission to meet with the utility districts in a fact-finding hunt.

The resolution, as amended, was adopted by a vote of 16 for and 5 against the measure.

Those voting against adoption were commissioners Shuford, Vass, Mullins, Rowe and Nathan Epperson.

During the long negotiations, audience member Don Bryant suggested the commission look into acquiring grants specifically geared toward those who have contaminated water.

Commissioners Carolyn Brooks and David Mundy agreed that there are no available grants to address water contamination.

The discussion is expected to continue during the March 16 meeting of the Commission. The meeting will begin at 6:30 p.m. inside the large courtroom of the Claiborne County Courthouse. The public is urged to attend these informative monthly meetings.