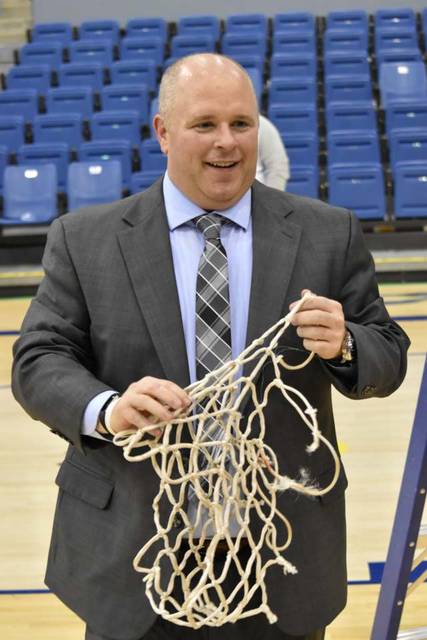 Lincoln Memorial University men’s basketball team lost its first game of the season and then ran off with the largest win streak in the nation with 32 consecutive wins. They went on to win a South Atlantic Conference regular season title and then won the SAC tournament championship and earned a hosting berth in the National Collegiate Athletic Association, Division II National tournament, Southeast Region then everything came crashing down for the players, coaches and fans with the extreme concerns over Covid-19.

At first, games were rumored to be called off but not canceled but in some cases moments later games began to actually be called off. No one imagined what would come next, a complete cancellation of all spring sports including the NCAA basketball tournaments. It was a streak of 81 years that the NCAA basketball tournament had been held but it ended in 2020 when the Covid-19 virus entered the United States creating havoc the nation had never seen. The news was unsettling to players and they realized that all the training and hard work was for nothing in the end.

Josh Schertz has been the coach of the Railsplitters since 2008-2009 and has experienced nothing but success.

When asked about the season coming to such a shocking end Schertz said this, “We were certainly devastated to hear that our season was abruptly over this past Thursday. While we understand the decision and agree wholeheartedly that we all have a responsibility to be globally considerate, it doesn’t lessen our pain nor should it

Our players and staffs poured themselves into this season and to have it end without an opportunity to achieve our ultimate goal is painful. What I don’t want and won’t let happen is for the cancellation of the NCAA Tournament to obscure the incredible accomplishments of this team. These guys are champions in every sense of the word both on and off of the court. It was truly an honor and a privilege to be their coach.”

It’s sad to see this team becoming an asterisk of sorts in the LMU record book as they will not have the chance to battle for the ultimate goal, a national championship but Josh Schertz and his players along with their fans know the excellence that this team brought on and off the court.