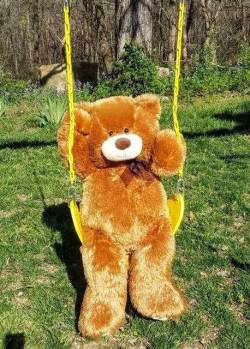 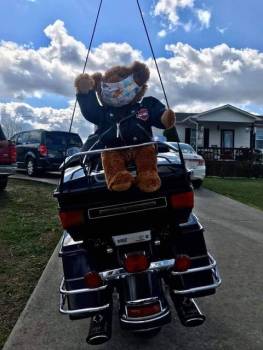 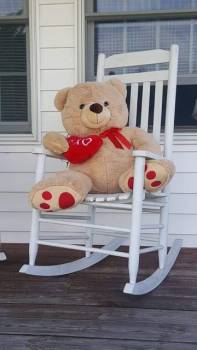 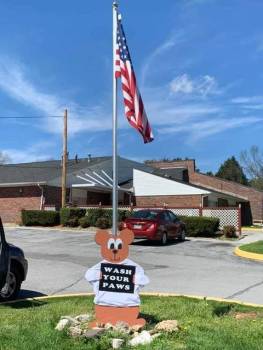 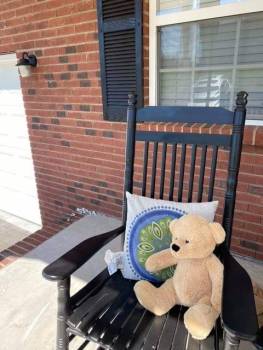 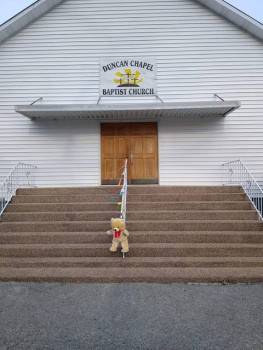 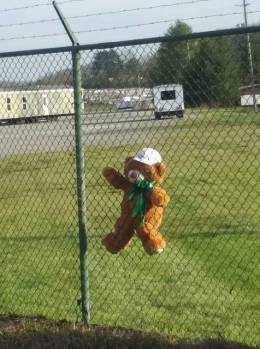 A few days ago Claiborne County opened up bear season- not for actual bears- but stuffed bears and other animals. The idea was spawned by the Claiborne Economic Partnership and involves residents and businesses of the community hiding stuffed bears and animals in windows and around the outside of homes to give parents along with children an opportunity to get out of the house during this time of Covid-19 isolation. A street name is given and the hunt is on. After finding the bear it is “shot” by cell phone cameras and a successful hunt is posted on the CEP Facebook page. These posts are everywhere as are the bears and animals to be hunted. Huge participation surprised the CEP as they initially thought there would be about 100 homes and businesses taking part but to their surprise it was much, much greater. Within a day there was well over a thousand stuffed animals hidden and the sightings began as quickly.

CEO and President of the CEP, Karyn Poore Clark said this about how quickly this hunt has taken off, “The neighborhoods are doing it in larger places but we don’t have them and since I have friends all over the county working on both sides I wanted to do it county wide. It’s gone wild! I have had moms message me thrilled because their kids are getting out but not around anyone plus having fun. I’ve had some elderly message and say they can’t get out but are loving sitting in their living rooms watching kids see their bears or take pics.”

Clark said this about how the idea came about, “It all came about because I couldn’t sleep one night and made the flyer thinking we might get 100 but we are at almost 1,200 in only 24 hours.”

The hunt continues to grow with over 1,600 on the page now and it looks like there’s no stopping the bear hunt. Area businesses are now donating products and services to a few lucky hunters who have posted the results of their hunts on the Facebook page. As soon as the restrictions on travel are lifted most prizes will be awarded.

Claiborne County offers great big thank you to the CEP for implementing a great idea in such a short amount of time to help parents and kids coping with such a trying situation. Photos taken by successful hunters.