Covid-19 a blessing or curse for truckers? 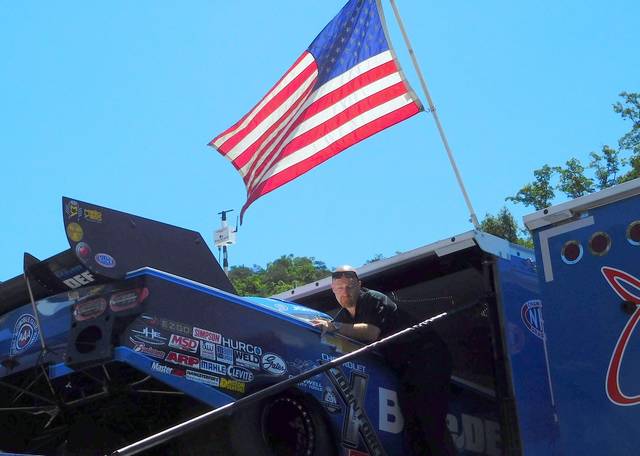 The trucking industry is right in the middle of all this mess and for certain truckers it’s a blessing and for others it seems to be a curse.

The panic on the grocery stores has wiped out the shelves and increased the frequency that trucks are needed to deliver our basic staples. The need was so great that federal and state governments have relaxed a few rules and regulations for trucking companies to help out the public who are desperately buying much of it up as soon as it hits the stores.

The American Trucking Association has been using the Center for Disease Control guidelines in order to keep not only the public safe but also the drivers. Drivers must adhere to the six feet rule while picking up or delivering and washing hands often is a must. When soap and water isn’t available they recommend hand sanitizers and try to avoid touching the face.

The ATA seems to be in agreement with the World Health Organization about possible contamination being spread over products. They both agree the likelihood is very small and there’s not been a single documented case to say otherwise. The ATA has released an overview or statement regarding Covid-19 which reads- Maintaining the flow of interstate commerce is critical to keeping stores stocked, hospitals supplied and first responders equipped during this crisis. That includes keeping rest stops and commercial parking areas open and accessible for truck drivers so they can safely and efficiently move goods. We are asking the Trump Administration to assure trucks are able to continue to safely deliver medicine, food, fuel, water and other basic necessities to communities and homes. This comes as states and localities across the country enact restrictions that could impede the flow of commerce and the safe, efficient movement of trucks.

For the most part there haven’t been tight restrictions implemented on the flow of goods across the United States but if the virus curve doesn’t trend over and down there will be restrictions for truckers coming and going out of the hot spots and neither government or consumer wants that situation.

Local truck driver Adam Russell had this to say about his current situation, “I have went from hauling tankers carrying used cooking oil to be used for the production of bio-diesel fuel but the demand for that isn’t high right now so I’m hauling giant rolls of paper that will be cut and used for toilet paper.”

Relief for tired truck drivers may not be coming soon either as most department of motor vehicle offices are closed due to the virus and that makes it impossible to get permits and licensing for new drivers just getting into the trucking profession.

Many truck drivers are conversely losing some of their weekly earnings by having to switch from driving their normal routes to hauling the household goods creating an unfortunate situation.

Local truck driver and owner Shane Smart had this to add, “Freight is really slow and really cheap most places with so many factories being shut down. My business is dead because most of what I do involves large construction projects and companies spending several million on them which generally doesn’t happen during an election year anyway but most of what was going on is on hold.”

Dudley Day said this, “Probably the worst thing for truck drivers is that we can’t go in and sit down to eat. Since I drive a flatbed freight is slowing down because most of the factories are closed. I’m struggling to get loads.”

As time with this virus passes the public is being made aware of how essential our truck drivers are and in just a few weeks drivers have went from having a hard time finding meals out on the road to businesses and food services actually giving meals to the men and women who very much deserve them especially in this time of need, all 3.5 million of them. Let us not ever forget the true value of our truck drivers. From food to fun, you never know what will come out of or roll off a semi-truck.