The Legend of the Dogwood 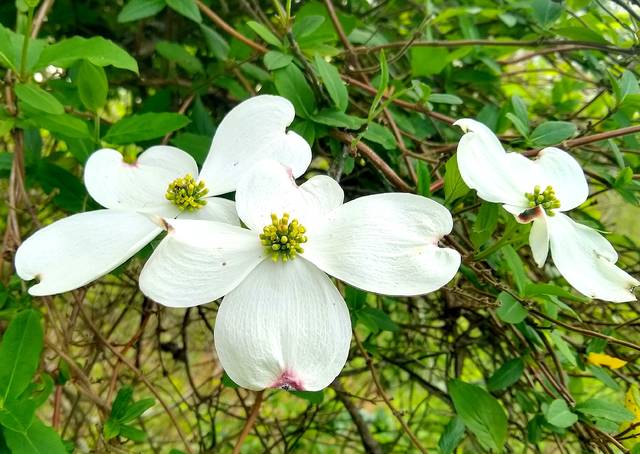 It’s almost time to see those beautiful flowers on the dogwood tree in full bloom. It’s scientific name is Cornus florida or the flowering dogwood. This tree is known for its beautiful white cross shaped blooms and is native to eastern North America.

This tree holds a legend that others do not. Legend states that thousands of years ago Israel had an abundance of trees and the woods featured the mighty oaks, cedars, walnut and many other trees but the dogwood grew even taller than the mighty oaks.

Christian legend states that it was used to provide the wood that made up the cross that a simple carpenter and King of the Jews, Jesus Christ was crucified on.

While on the cross it is said that Jesus felt the sorrow the tree held and made it so it could never be used in that manner again. From that moment on it would grow shorter and shrub like.

Despite never being able to grow big enough to support a crucifixion it still carries the marks of its past. There are four pure white pedals in the shape of a cross with four reddish notches that represent the nail holes and a green cluster in the center which represents the crown of Jesus.

Science doubts the legend to be true stating that the dogwood isn’t native to the middle east and that the legend came about in the United States during the 20th century but to this day the dogwood serves as a symbol of Jesus’ love and sacrifice for us all.