Remembering the struggle and triumph of Anthony Burchett 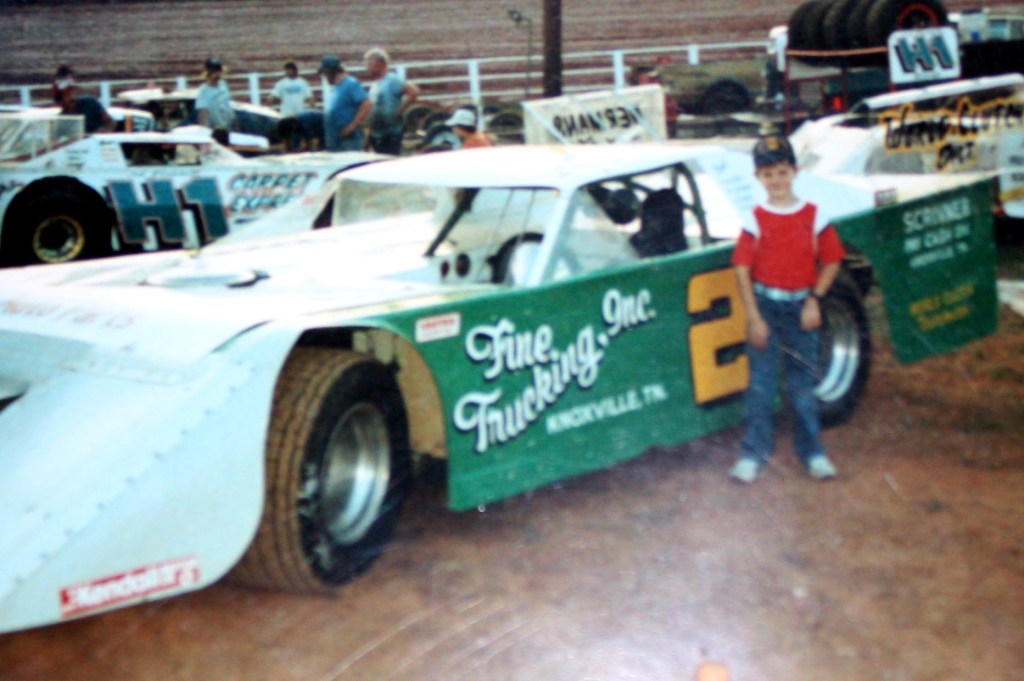 A young kid grew up loving to watch race cars travel in circles around the clay dirt track back in the hills of Claiborne County and dreamed of someday being the driver in one of those machines.

At the time no one could ever imagine the journey that this young man would have to travel but as it stands now he has traveled full circle just like the dirt cars do each week on the track he used to love as a kid. He and his family would later go through one of the worst moments ever witnessed at the famous speed plant and has now came out a stronger, more focused, humble man and competitor.

This man is Anthony Burchett. Anthony is the son of Joey and Connie Burchett. A teenage Anthony would head to Tazewell Speedway on Saturday nights with his papaw Lehman and his dad. He told them both that one day he would drive one of those cars and with the help of Casey Huffman did just that.

Huffman let him drive one of his cars when he turned sixteen and by twenty-three he had one of his own. Burchett purchased a GRT clone and went racing. On June 11th, 2005 Burchett was ripping around the track during qualifying when the unspeakable happened. A rear brake caliper twisted and broke off a brake line which sent him into the wall between turns three and four sending him airborne.

The car rotated in mid-air and landed top down into the grass beyond the fence. It’s uncertain how many times the car flipped after the impact and Burchett can only remember seeing the ground and some trees before going into and out of consciousness. Several people were involved in getting Burchett out of the car including rescue squad officials, several drivers and track members.

Burchett stated, “It took a few days for me to be fully awake.” That was amazing enough considering he had crushed or broke five vertebrae in his neck after getting his helmet stuck between the top of the seat and the top of the roll cage. Along with the neck injury he suffered nerve damage to his left hand, an injury in which he also currently battles now.

His neck was needing surgery and a specialist from Indiana was flown in, his name was Dr. Snyder. With the surgery a success and against his doctors recommendations Burchett turned his attention to racing once again.
In 2007, Burchett had another car ready and was brave enough to slide down in the seat once again.

No one in his family really wanted to see him back in a dirt late model but his father knew that his headstrong son was going to do it regardless. Joey would not let his son get back in a car that was not as safe as it possibly could be so together they set out and reinforced the chassis in every way they could and also bought a HANS device to help steady Anthony’s head if he ever was to be involved in another crash.

On a Saturday night in 2007 the comeback was complete. Burchett had defied the odds and was once again enjoying the sport he so loved.

“Don’t go through life scared to live,” stated Burchett who remains an inspiration to all of us who love the sport of dirt racing and we thank him for showing us what a human being is capable of.
Tazewell Speedway gives out an award for courage now, that award is called the Anthony Burchett Courage Award.