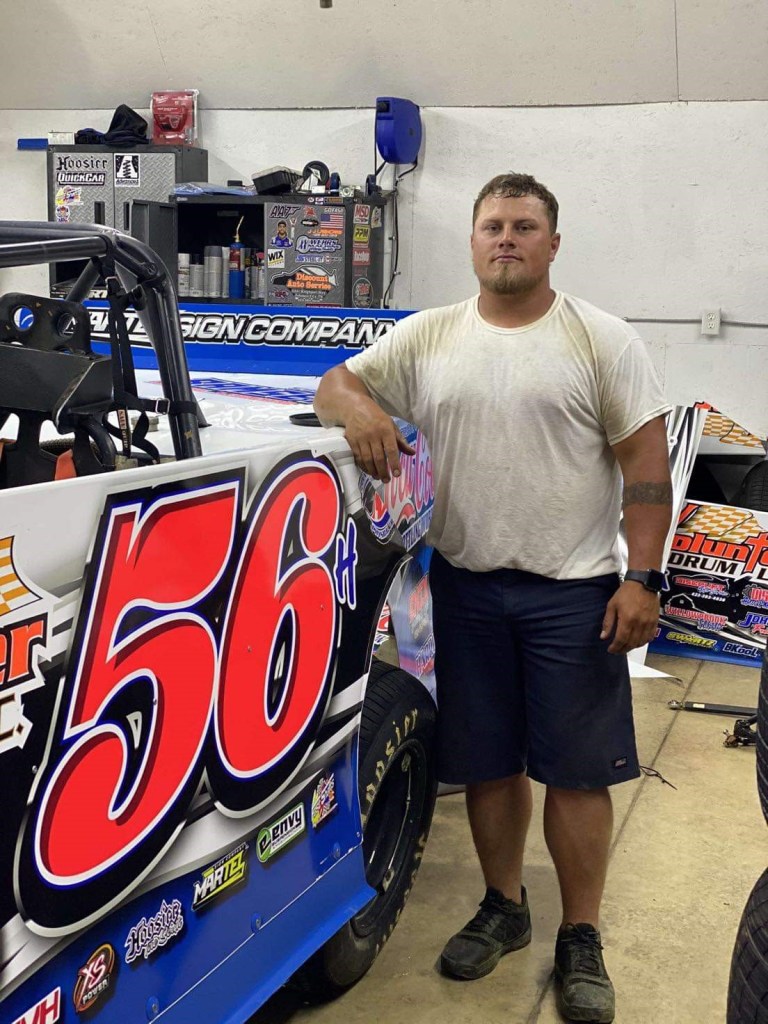 Jordon Horton is the youngest son of Tony and Sissy Horton. Many that witnessed him grow at the track saw a young man eager to race.
Tony was instrumental in leading Jordon to the racing scene. He helped him race his first Pure Street race car watching him win in 2007. The youngest Horton was a young but talented racer.
Jordon has one son, Silas, who will no doubt follow in his shoes one day. He isn’t currently married but has a girlfriend, Tori Dean.
Jordon talked about his first race, “I was nervous, excited and just happy mom let me race.” He finished fifth his very first time out.
He described his best moment in racing this way, “My best moment is probably finishing first and second with dad and parking both cars in victory lane together.”
On the other side of the coin, his worst moment was running out of gas while leading a Pure Street feature due to forgetting to fuel the car.
Looking back, he credits his father and Richard Crosby for helping him fulfill the dream of racing; however, Horton has many who help now.
His current help includes Jack Buchanan, Jeremy Seal, Tim Seal, Noah Belcher, Jody Horton and his dad.
When asked what his biggest win is Horton said, “The 411-Fall Brawl Modified Street $2000 to win feature plus the Tazewell-Fall Brawl Steelhead with the same purse.
His list of sponsors include Southern Pride Land and Cattle, Greasy Rock Auto Shop, Discount Auto Parts, Discount Auto Service, Johnson Feed Mill, Volunteer Drum, Middlesboro Coca-Cola, Enix Jeweler and Harrogate IGA.
He dreams of running super late models full time but for now he just wants to win some big money races.
Horton would like to thank a few people, “I’d like to thank God for letting me be able to race. Mom and Dad, Jack Buchanan, Jody Horton, Jeremy Seal, Tim Seal, Kenny Horton and Clayton Ramsey.”
Jordon’s advice to beginning drivers is, “Hang in there, hard work pays off, if it was easy everyone would do it.”
Jordon Horton is a racer to the core and he will be turning wrenches and chasing dreams for years to come.