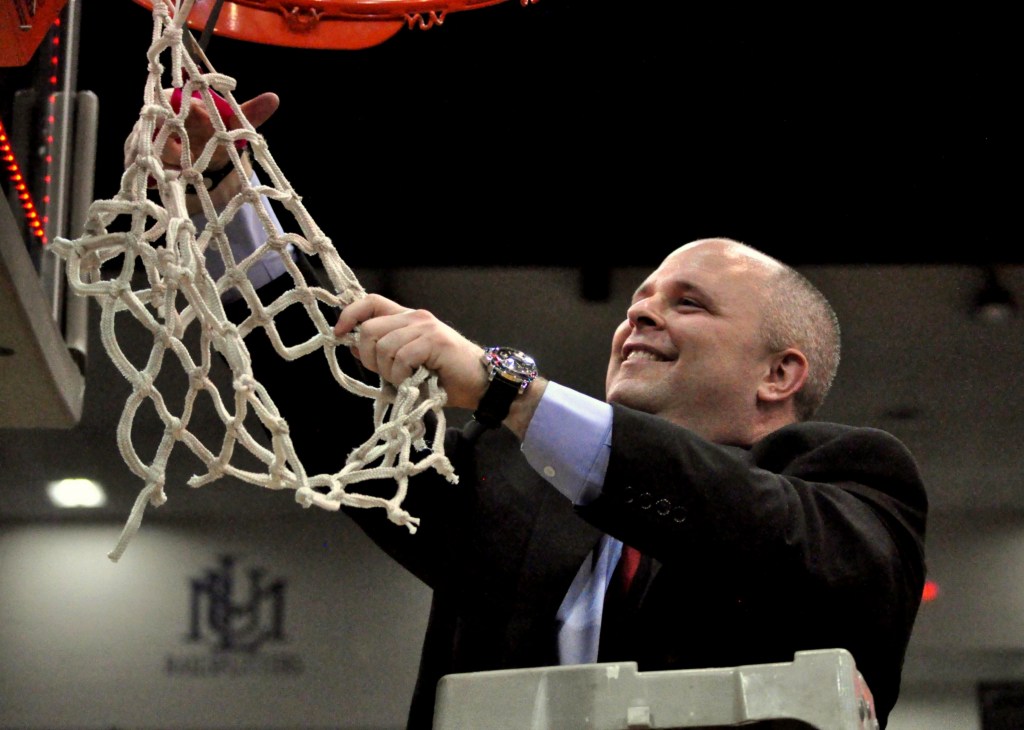 Schertz and his teams are net collectors.

Lincoln Memorial University and Josh Schertz learned, June 2, that he had been selected the 2019-20 Tennessee Sports Writers Association Coach of the Year.
His LMU men’s basketball team lost the first game of the season but then ran the table.
The Railsplitters then won the South Atlantic Conference regular season and post season tournament and was set to host the NCAA Division II, Southeast Regional before the pandemic forced cancellation of the tournament.
Upon learning he had won the award he was fast to give credit to his team and staff saying, “Winning a coaching award is always a reflection of having great players and staff. Fortunately for us I don’t play, I don’t ever score a point, grab a rebound or get an assist.
The players are the ones who have to go out and make plays, execute and perform under pressure.
I am humbled and thankful to be able to coach some of the best players in the country who helped to create as good a team as there was in D2 Basketball this season.”
Schertz and his program is the only Division II program to win 30 plus games during the last five out of six seasons.