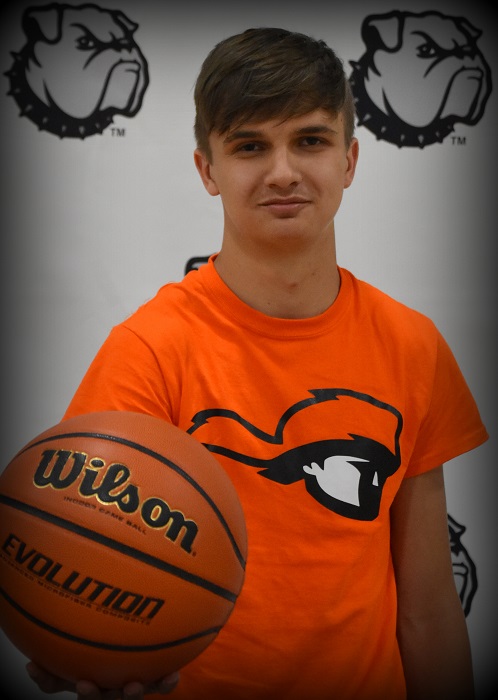 Kade has been essential in the success of the Bulldogs especially on the offensive end of the court as he racked up over 1,000 points. He was a threat to score all over the court and his defense improved all four years.

The decision to go to Tusculum was easy for Beeler, “I feel excited about going there. It’s a dream come true for me and the coaches and staff made me feel like home. As a plus, Daniel will be there.”

His parents Tina and Kevin had this to say about the choice, “Thank God and the coaches at CHS and you as well, Allen Earl for all you do. Kade had worked so hard since he picked up a basketball at two and went to a camp at UT as a five year old. He’s made a great decision and we are proud.”

They went on to say, “Being able to drive up there and watch him play in person is huge to us.”

Coach Corey McGinnis said this about Beeler, “They are getting a super competitive young man who will provide instant offense. He can score anywhere and knows how to defend.”

Kade took a moment to give thanks to a few that helped him along the way, “I’d like to thank my family, friends, coaches, Evan McCoy, Corey and Andrew McGinnis.”

Beeler is focused on a Physical Education Major but will miss the time spent as a Bulldog, “I loved every minute at CHS and I will miss my teammates and coaches.”