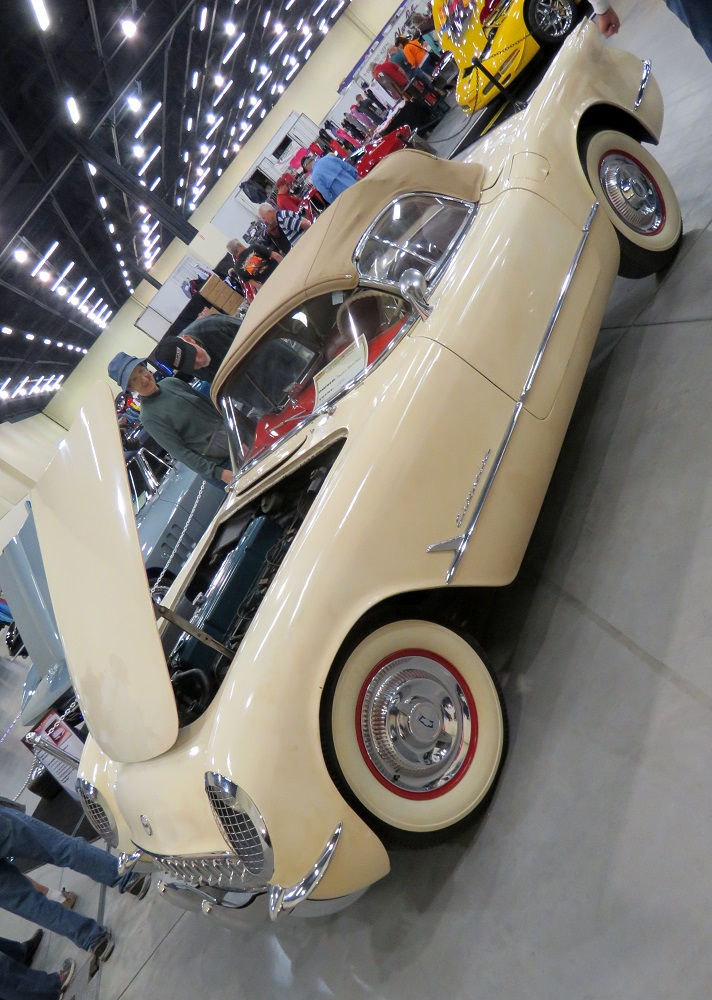 Chevrolet has been producing the Corvette since June 30, 1953. It is considered by many to be America’s first true sports car.

The first Corvette rolled off the production line in Flint, Michigan and quickly became the icon in which all American sports cars are judged by.

The first Corvettes were actually under powered much to the dislike of designer Zora Arkus-Duntov.  The Blue Flame Six cylinder didn’t offer the performance that Zora desired so he dropped in a small block V-8 and the rest is automotive history.

Every new Corvette is designated with a generation number and Chevrolet is now producing the eighth version. Ever since Zora envisioned the Corvette he wanted it to be a mid engine design.

The mid engine design is where the engine sits between the front and rear wheels, not over the front wheels like in most vehicles. Although he didn’t see it, Chevrolet has now produced one.

The C-8 is a car that competes with supercars at a much lower cost and that’s been the sole focus of the platform for years. The C-8 rolled off the line July 18, 2019 and was the talk of the automotive would; however, some liked it while others did not.

The buyers of the Corvette doubted the idea of a mid engine would prosper due to the overall performance the front engine Vettes were able to obtain. Chevrolet had been mounting the transmission at the rear wheels since the C-5 came out in 1997. With near perfect weight distribution many thought the performance difference wouldn’t be worth the radical design change.

Daniel England of Danny England Motors said this of the Corvette, “From it’s American iconic status, the Corvette in its recent generations has positioned itself on a world class stage.
If you look back at the car’s inception in 50’s, it was branded as the original American muscle car but today the car ranks with the likes of Porsche, McLaren, the Jaguar F-Type, and several other specialty classes. ”

England added, “While the muscle-grit is the original heritage to the Corvette, it’s razor sharp stance coupled with today’s best engineering and technology, the presence is of a touring specialty now with countless trims and performance packages to choose from.”

Nowadays, the C-8 is more widely accepted and loved for it’s progression and the platform is still a huge seller for Chevrolet. It has came a long way since the first one rolled off the line 67 years ago.