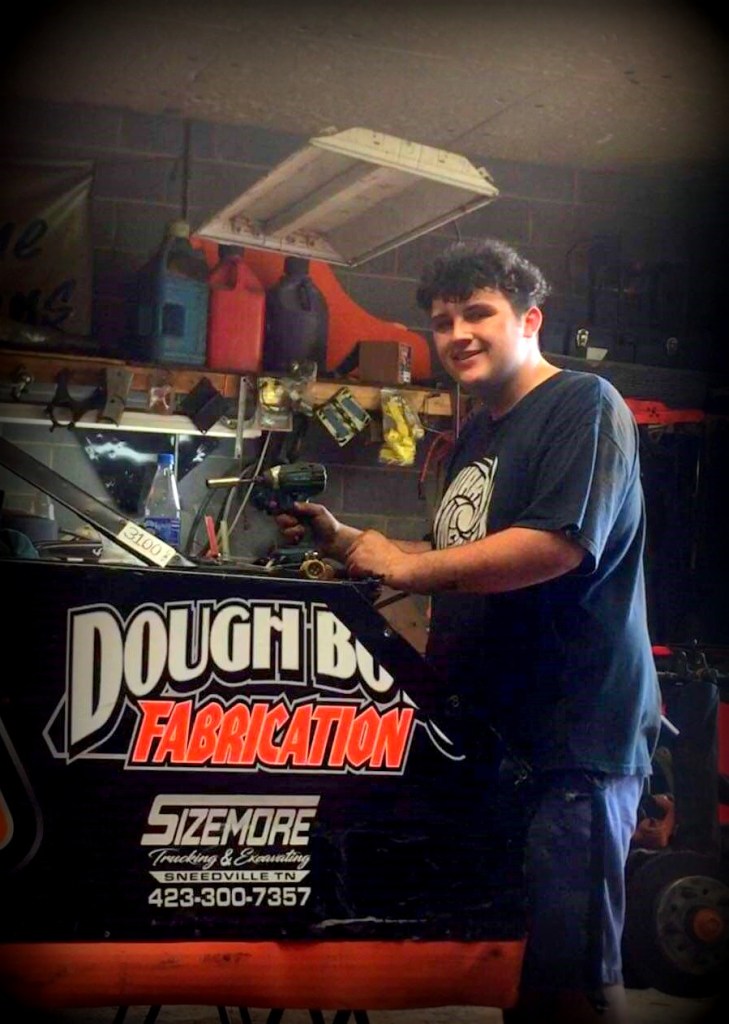 Colby Long defines himself as a simple dude that likes race cars, a lot. He is the son of a successful racer Bubba and wife Lisa.

He began his love of racing through his family and having grown up around it it was natural that the addiction would affect him as well.

Long said this about his family, “We have been doing this a long time and my parents support me in whatever I do.”

He began racing last season when Long Racing built him a new Chevrolet, Monte Carlo street stock. His first race was at Volunteer Speedway last September and he managed an eighth place finish.

His father was a long time racer at Tazewell Speedway and local tracks and was very successful but stopped racing for Colby to start.

Colby said, “My dad has always been my biggest supporter and Tony Trent along with Mike Hudson have been a big help this year.”

Colby spoke about his best moment in racing as this, “I would have to say my first race at Tazewell and all the kids lined up waving at me at the fence, really makes all the hard work feel worth it no matter the result.”

His worst moment is scary to any racer, “I’d say catching on fire at Volunteer last year was not fun at all.”

Long is still chasing his first win but is starting to finish in the top five regularly making everyone think the first win is coming.

Long wanted to give thanks to those who help and support him, “Thanks to my dad, Mike Hudson, Tony Trent, my mom, and all my fans and sponsors.”

When asked to give advice to those just starting he said, “Don’t try too hard. Getting comfortable and earning respect from your fellow racers is the most important part of starting out.”

His number 10 is a throw back to when his dad raced. It’s special to him because his papaw and Rusty Bryant talked Bubba into using that number.

Colby is a talented racer following in the footsteps of family; however, he races in his own style and wants to make a name for himself while giving tribute to his racing roots.