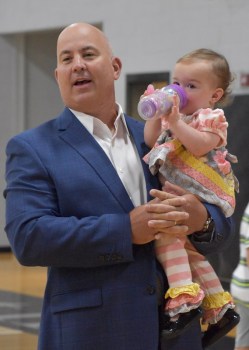 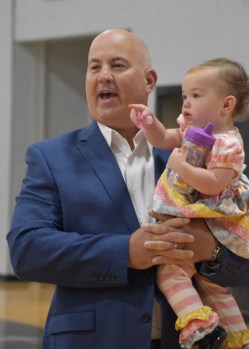 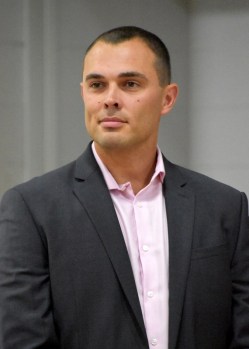 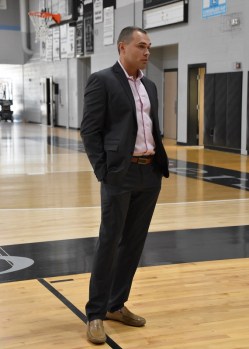 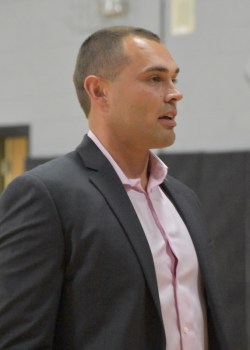 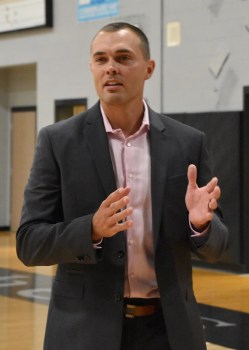 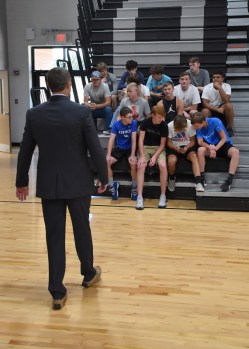 New Athletic Director, Jeff Sziksai and CGHS Principal David Hamilton introduced Ryan Whitaker to the team and media, July 14 during a small ceremony in the gymnasium.

Whitaker graduated Bell County High School in 2007 and began his college career by playing at Lincoln Memorial University, later transferring to University of Pikeville where as a senior he was a key part in a NAIA National Championship.

As a coach he spent three years at UPike and then two years at Powell County High School in Kentucky. He later moved to Pike County Central as head coach.

When asked what he learned from those stops in college he said, “Well , one thing I learned is that you may be very successful in high school but when you get to college you find everyone is successful. You have to work harder and improve your work ethic.”

Whitaker spoke about the job, “When I heard this job opened up it was a no-brainer for me. I was immediately interested in it.”

He described his type of coaching this way, “Whatever you run it has to fit the kids you have; ultimately, I’d like to have an up tempo team in offense that likes to push the play a bit. On defense, again it comes down to the players but I love full court pressure. We may pressure man to man and sometimes fall back in a zone press.”

Whitaker is the son of the late Rhonda Baker and former Bell County coach Eddie Whitaker. He has one daughter Madalyn and his wife is Jaime.

After the introduction Whitaker took his team into the locker room for a team only meeting and proper introductions. They will soon begin open gym activities.

Whitaker took a moment to address Panther Nation by saying, “I am thankful for this opportunity and I’m going to do my best to establish a program where the community is proud. I’m excited to get to work and this area has always been home to me.”

When asked about the rivalry between the Panthers and Bulldogs he said this, I’m sure looking forward to that rivalry.”