Election results are in, no charter in Claiborne County 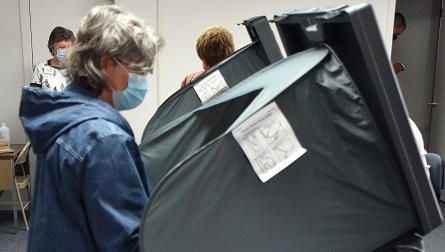 The State Primary and County General Election results were gathered August 6 with a huge surprise and a close race for Road Superintendent.

The elephant in the room for several months has been the Home Rule Charter as both- for and against- sides have been campaigning fiercely. In the end, voters had their voice heard loudly by voting against the charter 4,729 to 1,375.

The percentage was shocking to many as the against-charter vote was a overwhelming 77.47 percent while only 22.53 percent of the voters favored it.

Another big race was for Road Superintendent and Ronnie Pittman had 3,137 votes while Dane Poore had 3,030 votes. This result is one that may be contested in the future.

The school board race in the Fourth District was another closely watched one. Mark Reece had 626 votes and Justin Cosby had 533. Shelia Lester had 55 votes.

For State Senate, Bill Hagerty defeated a big field of candidates including Manny Sethi. Hagerty had 3,144 votes and Sethi had 1,252.

Claiborne County had over 18,000 people that could have cast votes in this election but only 6,364 actually cast votes.

The election totals will take a few days before official certification unless one of the two closely contested races have to be recounted.