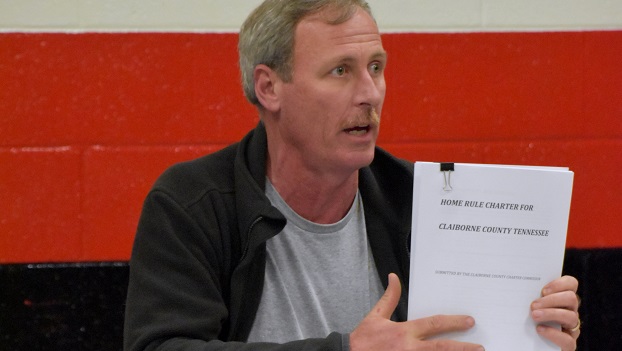 When the election was over and the votes had been counted, August 6, the charter issue was put to rest.

When it was evident that Claiborne voters didn’t want to change their government in that style Mayor Joe Brooks released a statement saying, “Citizens, as many of you are aware, the results of the election have been tallied and you all have spoken through the ballot box about the direction you all want your county government to continue in.”

Brooks also addressed the negativity surrounding the topic, “I know there have been many negative things said about those individuals who were elected to draft the charter and offer it up for a vote for you the Citizens of Claiborne County to decide. I would like to personally thank each of the Charter Commissioners who were willing to give freely their time to allow us to vote on such a hot topic issue.”

Mayor Brooks added, “Although I have been disappointed by the ire displayed towards those individuals who were tasked with drafting the charter as well as its supporters, I am confident Claiborne County is better than that and will come together as one to move Claiborne County forward providing continued growth and opportunity for years to come.”