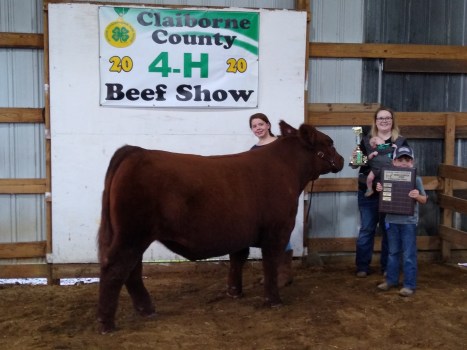 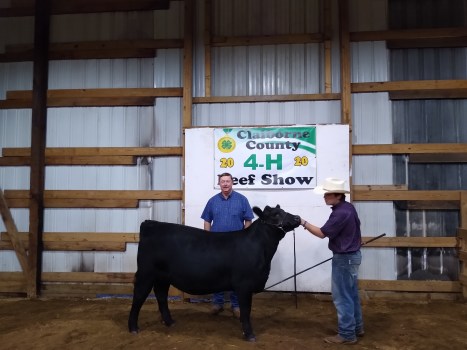 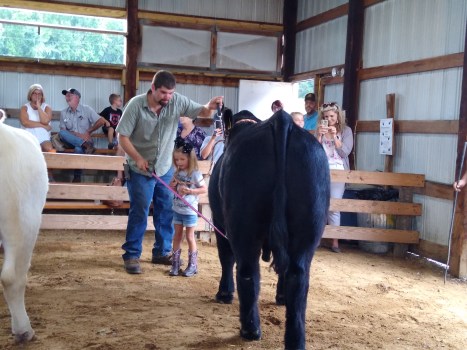 Claiborne County 2020 4-H Steer and Heifer Show was held  Friday, August 14 at the Claiborne County Fairgrounds. The 4-H members got the opportunity to present their beef cattle to the county and exhibit the skills they had attained up to that point in their 4-H beef project. Brett Asbury, Jocelyn Essary, Chelsey Harvey, Isaac Heck, Eli Mundy, and Tayleigh Stansberry showed a total of nineteen head of cattle at the county show.

In addition to our 4-H members showing their skills in the show ring, we also held a Little Britches Show, which took place between the showmanship and the start of the steer show. We had six exhibitors to show in Little Britches: Bailey Ball, Brodie Ball, Jack Essary, Cole Gilbert, Brantley Johnston, and Brendlee Johnston. All exhibitors received first place in Little Britches because they did so well the judge declared a six-way tie.

All of the 4-H members were very competitive and worked really hard to make the decision of picking a winner very difficult for the judge, Keith Cole. Our 4-H members joined together in writing Mr. Cole a Thank You card for judging our county show.

We appreciate Mr. Joe Brooks, Claiborne County Mayor, for supporting our 4-H members and their hard work in their beef project. The Mayor’s office helps in presenting Certificates to our Top 5 Steer and Top 5 Heifer winner.