Cumberland Gap golf has two moving on to state tournament 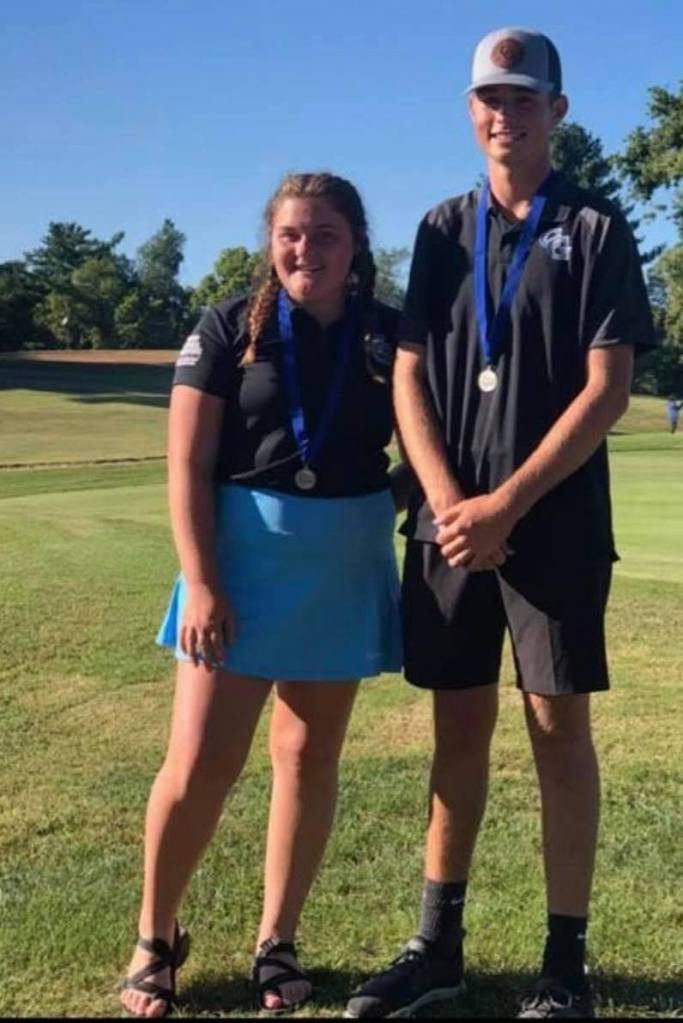 Cumberland Gap High School has two exceptional athletes moving on to the state tournament after posting great finishes at the regional competition September 21.

All Cayden Walker did at the tournament was to shoot low enough to become the tournament’s low medalist and tournament champion with a low score of 89. Additionally on the boy’s side of things, Peyton Wilder qualified for the state tournament after finishing as runner up and shot an outstanding 77.

Panther Coach David Walker said this about the two, “I have been with these two since sixth grade and it has been a great pleasure to watch Cayden and Peyton grow into great leaders on and off the golf course. As a dad and coach it’s great to see your child succeed and meet their goals. Cayden and Peyton will be missed next year as all the seniors on the team. They have earned this.”

The two will now prepare for the state tournament to be held in Manchester, Tennessee, September 29-30.