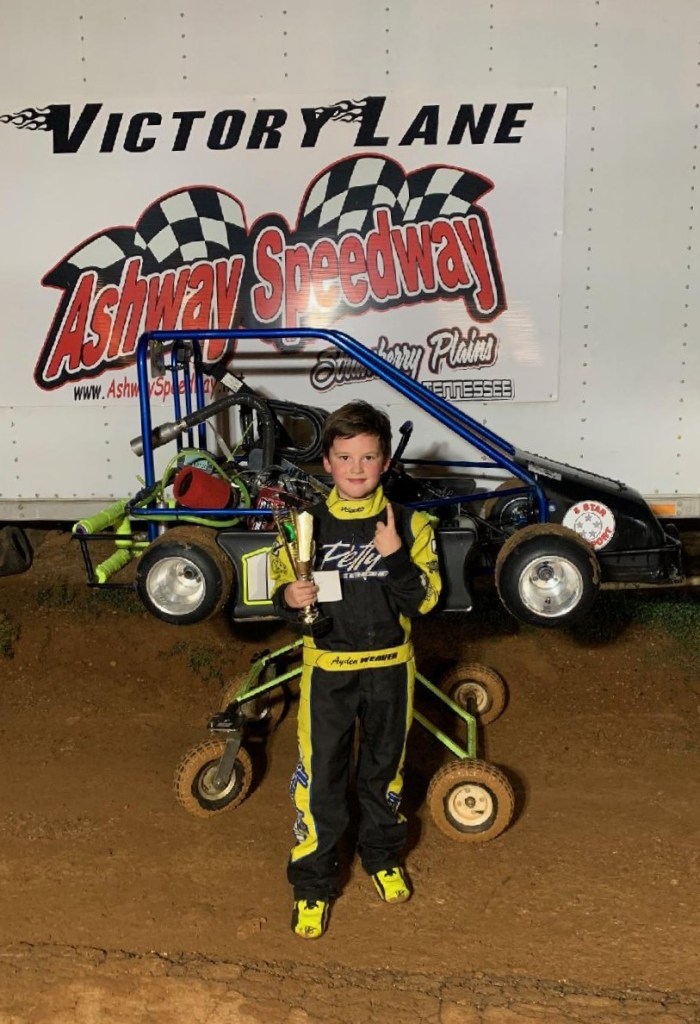 Ayden Weaver is on fire. The eight year old Claiborne County kart racer has continued his steady and winning ways.

Once again Ayden competed in the East Tennessee Championship Series and was simply hard to beat. Weaver won five out of the series six races and won the final race, September 12, by leading every lap.

He was crowned champion in front of family and friends at Ashway Speedway in Strawberry Plains, Tennessee.

Ayden is the son of Jonathan and Lauren and he has one sister Averie.