Breaking down: Claiborne versus Cosby 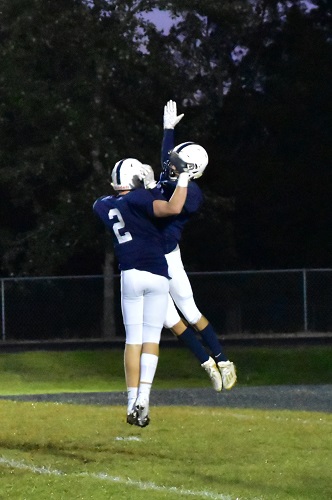 35-24 was the score last season when the Claiborne Bulldogs traveled to Cosby and lost a non conference game against the Eagles.

Claiborne had a few injuries coming into the game but on paper they had a great chance of winning the game.

The Eagles played well, so did the Bulldogs at times but in the end Cosby came away with the win.

Claiborne now has a 5-1 record after losing their first game of 2020 to Johnson County in a close contest that could have gone either way.  The Longhorns took advantage of Bulldogs mistakes and penalties late to secure the victory.

A common opponent this season was West Greene and Claiborne defeated the Buffaloes 28-7 while the Eagles lost 21-0.

Cosby has yet to score 30 points in a single game this season but has two COVID-19 related wins.

The Bulldogs should be favored on paper this Friday night by double digits but they must keep what happened last season fresh in their minds.

The Eagles must be able to stop Storm Livesay, Timmy Del Ervin, Challen Massengill plus defend Eli Stone who can run or pass effectively depending on the situational need.

Claiborne will need to rebound and forget about Johnson County and to get a win they will only need to be the Bulldogs they actually are.

They will need to block well, tackle well, run well, stay composed and hit a couple big play pass down the field.