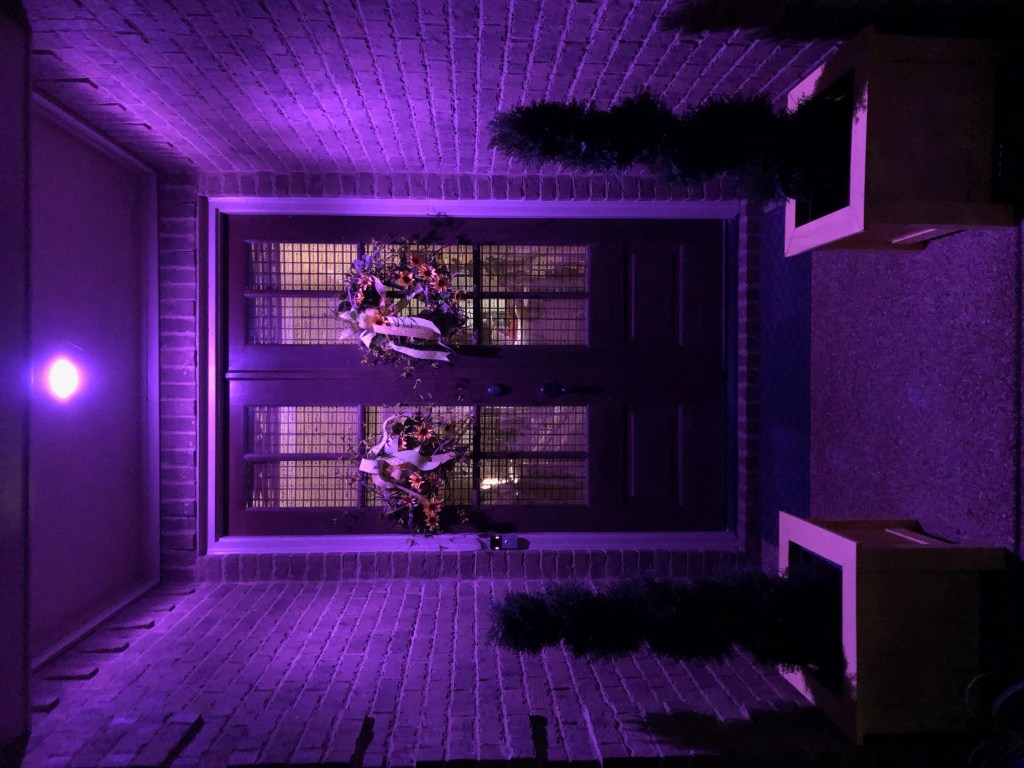 Across Tennessee, homes and businesses are shining a light on the subject of domestic violence by switching out their normal front porch bulbs for a purple one.

Each October, the nation pauses to remember those who have lost their lives due to domestic violence. For the last several years, the Light Your Porch Purple Campaign has garnered attention from the general public, allowing those who work on the frontlines of sexual assault and domestic abuse to shine a light on the subject.

The most recent data coming from the Tennessee Bureau of Investigation (TBI) shows that 73,568 offenses were flagged in 2018 as domestic-related. This figure represents a snapshot of just one year inside just one of 50 states across the nation.

Marsy’s Law for Tennessee is one of several nonprofit organizations that is in full support of the purple light campaign. The organization encourages participation in the program by the simple act of replacing porch lights with purple bulbs.

“We know that the COVID-19 pandemic has only further isolated people experiencing violence at home,” said Marianne Dunavant, victim outreach director for Marsy’s Law in Tennessee. “This is a critical time to raise awareness and educate. We hope shining a purple light on porches and businesses across the state will be a conversation starter and allow people to share the warning signs or open up about abuse they are experiencing.”

There are several warning signs. They range from routine “put downs” in front of others to unexplained injuries or marks on the suspected victims’ bodies. Exhibiting unusual behaviors such as seemingly self-imposed isolation from friends and family is another good indication that that person might be experiencing domestic violence or abuse.

Marsy’s Law is named after Marsalee “Marsy” Nicholas of California, who was stalked and killed by her ex-boyfriend in 1983. Just one week after her death, her mother and brother, Dr. Henry T. Nicholas, walked into a grocery store where they were confronted by the accused murderer.

The family, who had just come from a visit to Marsy’s grave, was unaware that the accused had been released on bail.

In an effort to honor his sister, Marsy’s brother has made it his mission to give victims and affected families constitutional protections and equal rights. He formed Marsy’s Law for All in 2009, providing expertise and resources to victims’ rights organizations nationwide.

Marsy’s Law for Tennessee would strengthen the rights of crime victims via inclusion within the state constitution. The legislation would ensure that victims of crime have equal, constitutional rights on the same level as those accused and convicted of crimes.

The organization asks that participants snap a photo and share it on social media by tagging #LightYourPorchPurple and #MarsysLawforTN.

In Claiborne County, victims may contact Billie Womack, who is the site coordinator for the Family Justice Center. The phone number is: 423-626-8002.