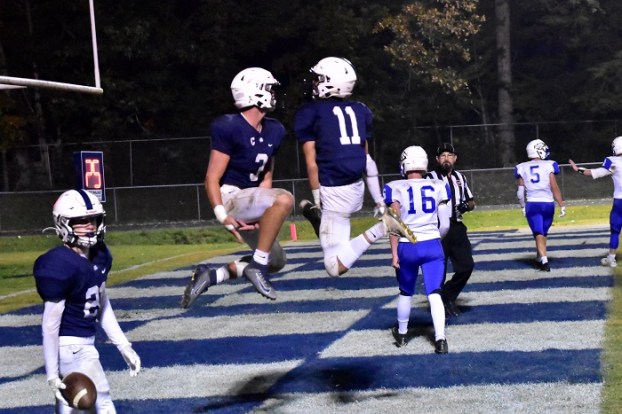 Breaking down: Claiborne versus Chuckey-Doak

The second of two season defining games for the 2020 Bulldogs will take place October 16 at Chuckey-Doak.

The two teams had the Longhorns as a common opponent and the Black Knights (3-3) played well and won 35-29 in Mountain City.

Claiborne played well against Johnson County at home but lost 40-27 in a game that was way closer than the final score indicated.

The Knights and Bulldogs are ranked close in the Tennessee standings and that alone suggests a close contest.

Coach Nathan Medlin weighed in on the matchup, “They are a really good team. I think that we have to try to limit them in the run game first. They have a really good running back and their quarterback is a very mobile runner as well. Their quarterback is very good at reading a defense when he throws the football. He doesn’t make a lot of mistakes and usually gives their team a great opportunity to be successful every play. Playing games like this is what its all about. A big time game, huge implications for regional championship and playoff seeding on the line.”

The Bulldogs are currently 6-1 on the season and it will not be an easy task but if Claiborne will stay focused and not get rattled they will be capable of coming home with a win; however, if Claiborne does gets rattled like they did late against Johnson County it will be a long night for the Bulldogs’ fan base and a longer ride back home.

Temperatures Friday will be near 60 degrees but falling into the 40’s with a slight chance of rain. Kickoff is scheduled for 7:30.

The 2020 district soccer tournament opened up, October 12, for the Lady Bulldogs as they hosted Union County. This was... read more