Breaking down: Panthers versus Rebels 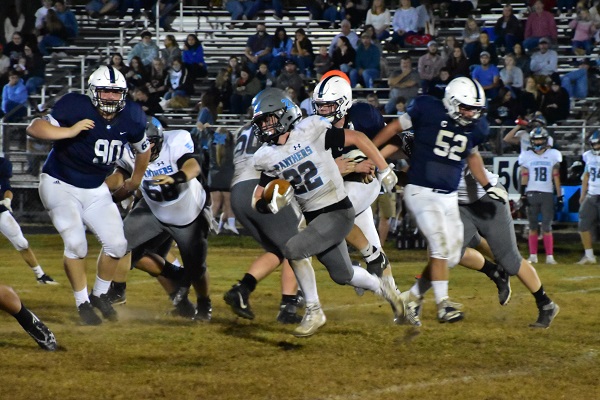 Cumberland Gap has had a difficult season to say the least; however, the Panthers did what it took to play post season football.

After finishing with a 3-6 record the Panthers are in position to play an opening round playoff game but waiting for them on the grid iron is an undefeated South Greene football team at 10-0.

It will not be an easy task for the Panthers who are averaging about 15 points per game while the Rebels are scoring nearly 40.

Two of Cumberland Gap’s wins were to Hancock County and the other to Wartburg Central.

On paper the game will trend in favor of the Rebels but the Panthers will come in as healthy as they have been since the second game of the season but with limited practice.

Injuries, COVID-19 tracing and other things have greatly reduced the team’s competitiveness throughout the season but fans will see a team play this Friday that is as strong as it has been all season long.

Coach DeLynn Cline talked about what his Panthers need to do to come away with a win, “Obviously they are a very talented team, as they are 10-0. They have great athletes led by their QB. Key for us is limiting big plays and controlling the ball on offense.”

The 2A, Region 1 football game will kick off at South Greene High School at 7:00 P.M. this Friday evening.