Panthers eliminated from playoffs by Rebels 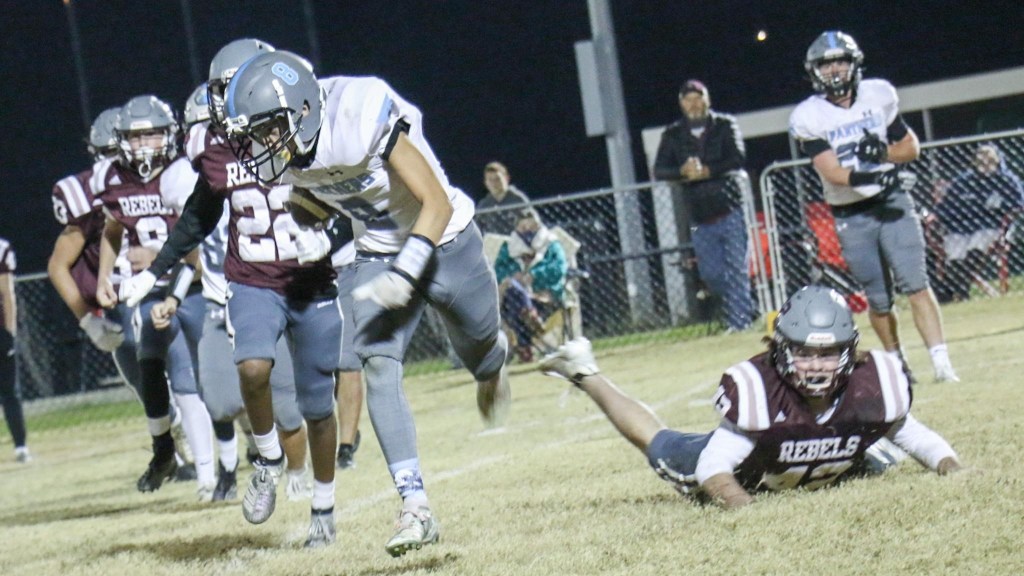 Kenny Vaughn runs away from the defense

Cumberland Gap football struggled this season with injuries but they earned their playoff spot.

Their opponent November 6 was the South Greene Rebels. They are undefeated and have beaten some great teams this season; therefore, the Panthers knew it would be a challenge.

Coach DeLynn Cline had this to say about the Rebels, “Obviously they are a very talented team, as they are 10-0. They have great athletes led by their quarterback. The key for us is limiting big plays and controlling the ball on offense.”

Cumberland Gap was as healthy as they have been all season long but they came in without much practice time this week due to pandemic tracing.

The game began and Panther fans saw their team quickly get behind 14-0.

Offensively, Cumberland Gap only had limited trips into the red zone but the points would simply not come at all.

At the end of the game, South Greene won 35-0 and had eliminated the Panthers from the playoffs.

The Panthers final record was 3-7 while the Rebels moved to 11-0.

2020 was a year that some teams had to struggle with COVID-19 tracing while others didn’t. Cumberland Gap was hit hard for whatever reason but they battled through and gave their all.