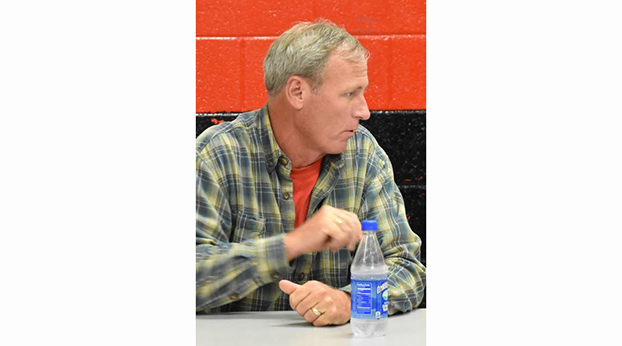 The Claiborne Commission would like to see the state draft legislation that would reduce property taxes for veteran retirees who have served 20 or more years.

By unanimous vote, the commissioners adopted Resolution 2020-105, which is essentially a request that the Tennessee Legislators cement the idea during the next legislative cycle.

“…in recognition of the challenges that veteran retirees and their families have met during twenty or more years of service to our nation, valuable skills and experience that military retirees bring to the community, Claiborne County would like to offer a military retiree a five (5) percent reduction on their property taxes for a single family residence valued up to $500,000,” reads a portion of the resolution, sponsored by commissioner James Hatmaker.

There is one caveat. To be eligible for the reduction, the taxes must be paid within 45 days from the date the bill is issued.

County mayor Joe Brooks, who drafted the resolution, was tasked with composing the letter of request sent the following day to Senator Frank Nicely. In the letter, Brooks said he would be reaching out to the other 94 county mayors within the state to try and get them onboard as well.

Following the commission meeting, Brooks said he felt this would be a great way to show the county’s appreciation to those who have honorably served our nation.

“I feel this will attract other retired military men and women to our county and state. Most military retirees have spouses that have obtained college degrees, specifically in the education field.

“If this is passed on the state level and is signed into law, this would be a great way of attracting individuals with varied levels of educational backgrounds and skill sets to meet workforce needs while providing additional revenues for the county,” said Brooks.

The resolution cites several reasons for the request including the demonstration by veterans of long term civic responsibility and allegiance to the country. Also cited was the flexible and easily transportable work skills the veterans and their families possess.

“Military service retirees have frequently moved over their twenty or more years of service and desire to retire and settle in areas with pleasant climates, little urban congestion, recreational opportunities, and a community that values and appreciates a service member’s patriotism and service,” reads the resolution, in part.

An addendum to the resolution spells out some of the eligibility requirements.

Those receiving the tax relief would be required to live on the property at least 9 months of the year, to be registered voters and U.S. citizens and to hold a physical street mailing address inside the county.

Non-resident property owners, or those with vacation homes or rental properties, would be excluded from the tax relief.

“Snowbirds” could qualify if they can show utility records for the year with at least 9 continuous months of “appropriate” utility usage.

There is a limit of one personal residence per person.

Those who retired for medical reasons with less than 20 years of service would not qualify for the tax reduction.