Tennessee deer hunters may be on a record pace 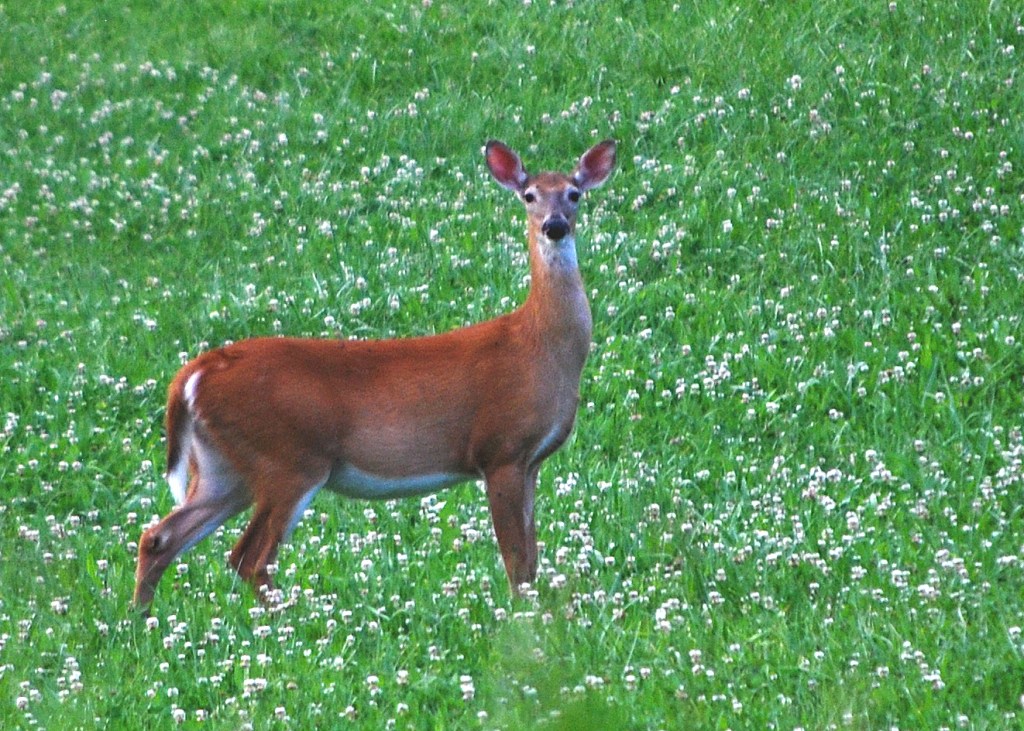 A whitetail deer stands in a clover field. Photo by Allen Earl

When COVID-19 hit there were many people who were quarantined at home but used the opportunity of work to do more hunting and fishing.

With that, came the purchasing of many more hunting and fishing licenses. The amount of people in the woods and fields during the spring turkey season was increased.

In addition, the number of harvested turkeys increased so much that Tennessee Wildlife Resources Agency turkey biologist and the board of directors discussed and made plans to limit the turkey harvest in 2021 just in case the population had a tough time recovering from the extra hunting.

Now the deer hunters are putting pressure on the deer population as well.

Some hunters have struggled to see a deer while others have limited out. It’s been a great year overall with processors having plenty of business.

Claiborne’s local processor Cunningham Slaughterhouse has had several deer already this season with it expected to pick up over the next few days.

Claiborne Progress asked Pete Cunningham about the amount of deer coming in and he said this, “We have had a steady flow of deer and I expect it will be one of the biggest years or possibly the best. I haven’t looked at the numbers in a while but have seen times like this where we have had them stacked up like this before.”

It’s unclear if the season will be a record breaker yet but hunters are having success in big numbers so the increase could be that more hunters are out there.”

Cunningham also said, “Covid may have played a part too. People were stuck in their homes so long and now they are getting out. The weather has been mild and that allows more hunters to go out plus there’s plenty of acorns.”

Not only are more deer being harvested but they are some better deer, “For the last three years I have noticed we are seeing a lot of better, bigger bucks. This year there has been a lot of big bucks taken and a lot of deer brought to us especially during the mornings.”

The 2020 hunting seasons have been ones to remember for area hunters and the booming deer season is just a part of hunters getting more for their licensing dollar.