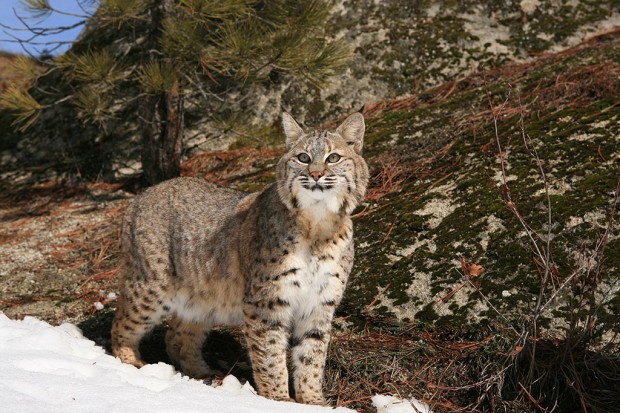 Tennessee is home to the wildcats. Not a sports team but actual wild cats. The number one cat that Tennessee has in it’s hills and valleys are bobcats.

They generally are small cats around 10 pounds but some have been reported at 40 pounds.

The bobcat is a silent hunter that uses it’s eyesight, hearing and yes sense of smell to hunt down and kill its prey.

They are easily identified by the pointed ears, tufts of fur and bobbed tail.

The bobcat typically eats small game but larger ones can eat turkey, deer, snakes, grasses and even your neighbors domestic pet.

They prefer to be unseen and if they are being seen on a regular basis it’s probably because there’s an ample population in that area.

Many times in the past the bobcat has been misidentified as a cougar or mountain lion; however, TWRA up until recently stated there were no cougars in the state but in certain areas cougars are now being seen and recorded via game cameras but they are much larger than the bobcat and they have a large tail making incorrect identification nearly impossible.

The bobcat starts breeding in December and the activity peaks in March. Females give birth to 1-5 kittens who will leave the den and play when they are 9-11 days old.

The kittens will remain with the mother until the fall before heading out on their own.

Tennessee is one of many American states that have viable populations of bobcats with a exception of a few states in the middle of the country.

To be so small they carry a huge and scary voice. They can hiss, growl, purr but the scream that some people describe as sounding much like a woman is unmistakable and will lift hairs on your skin.

Tennessee bobcats are beautiful creatures and they like very much to remain hidden.

Tennessee has a designated hunting season and trapping season to help keep the bobcat numbers in check.

For information on hunting or trapping be sure to refer to the Tennessee Hunting Guide available in stores or online.