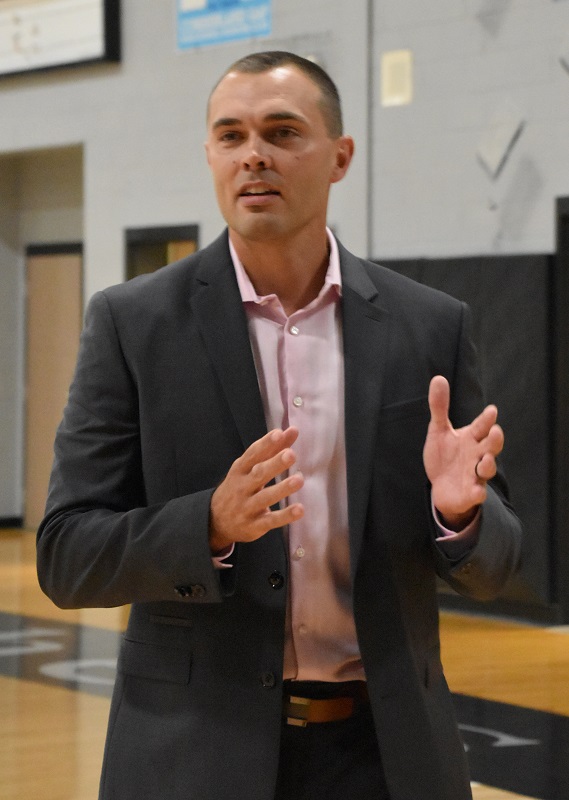 The Cumberland Gap Panthers boys basketball team is starting new this season with head coach Ryan Whitaker.
Leading the team as seniors will be Clint Crockett, Jon Graves, Jaden Schertz and Jake Templin.
Adding to the leadership will be juniors Logan Daniels and Dylan Ellison, both great athletes. Lance Owens and Elijah Lawson will be looking to continue their great play from 2019-20 and will be joined by fellow junior Dillion Green and Gabriel Peterson.
There are four sophomores including Alex Douglas, Braden Ellison, Richie Logan and Seth Massengill.
There is a dozen freshman ready to start competing for playing time including Isaac Brown, Michael Boring, Jonah Ellison, Isaiah Gerrells, Hyrum Hinckley, Teddy Ingram, Trent Jenkins, Andy Osborne, Ethan Powell, Kaleb Powers, Noah Younts and Luke Williamson.
Look for Graves and Schertz to get big minutes at the guard position along with Crockett. Owens and Lawson will be in the mix heavily.
Ellison and Templin should be key to the rebounding and scoring in the paint for the Panthers this season.

This team will have to transition from one system to the Whitaker system and that means everyone will have the opportunity to compete to grab one of those spots in the rotation. Coach Whitaker talked about the expectations of his team, “I want this year’s CGHS team to play with a high level of consistency each night out. No matter the opponent, I want our guys to compete with maximum effort for 32 minutes. That type of effort is a habit developed over time so we try to push our guys each day, whether that is in workouts, practices or in the classroom. If players are held to a high standard and are kept accountable in everything that they do, championship habits will be formed and that will be reflected in their play on the floor. That is what we are trying to build here at Cumberland Gap High School; a championship caliber program.”
Whitaker also said this, “I am very excited about the upcoming season and the opportunity to lead the young men at Cumberland Gap High School. Our team has been working hard since early August to prepare for the 2020-2021 season. Going into the season, we knew things would be different. We have stressed to our kids that each time they put that uniform on and step out on that floor, it is a gift and that they need to make the most of each opportunity that they get.”
Time will tell if the Panthers buy into the system and if they do success will come. There are many talented players on this team.