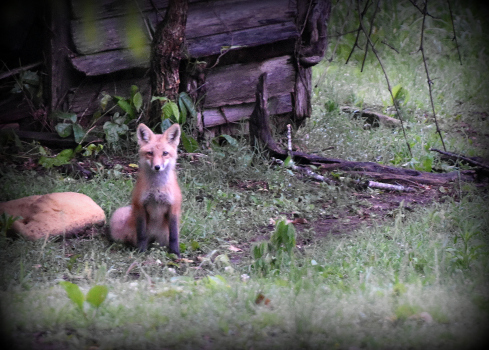 A red fox enjoys the calm after a storm

There are two species of fox known to roam the woods and fields in Tennessee.

Gray and red foxes are sometimes hard to see but sportsmen and women usually find them while out and about hunting other game.

The gray fox is a dog like animal with a great sense of smell due to their long nose. One of their main features is a long bushy tail. Their main colors are gray with a bit of black.

Gray foxes have pointed ears which are small and triangular in shape but a mostly unknown feature about this canine is its ability to climb trees. They climb to get away from danger and to just soak up the sun.

An average gray fox is 35-40 inches long and they weigh in around 5-14 pounds. They love to eat rabbit, mice, other small animals, reptiles and even a few plants and berries.

Females will raise around five pups which will become active hunters around three months after birth. Dens will be around fallen or hollow trees, groundhog burrows and rock formations.

The red fox is a beautiful mammal who’s red and orange fur is very prized and they feature a bushy tail with a white tip. They are larger than gray foxes but have a slightly shorter tail.

Reds will eat similar diets to the gray fox but are sometimes misidentified as a coyote despite being smaller and with a shorter tail.

Both red and gray foxes are hunted and trapped in Tennessee but TWRA has strict regulations. Hunters and trappers should refer to the Tennessee Hunting Guide available online and in area stores that sell sporting goods.