Oh, the weather inside was frightful! 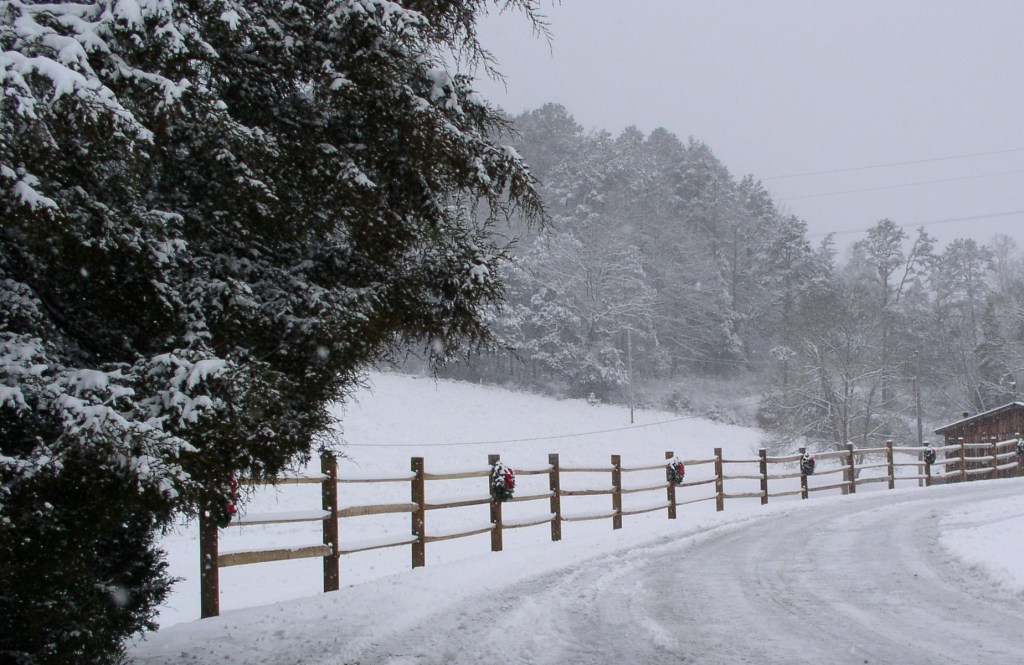 The snow was a beautiful thing to behold. Claiborne Countians have had to wait several years to enjoy the cold, white stuff that drifted to the ground over the Christmas holidays. (photo by Jan Runions)

Power outages over Christmas Eve and Christmas morning had much of Claiborne and surrounding counties without electricity to warm hearths. The Tennessee Valley Authority (TVA) experienced a transmission line outage around noon on Dec. 24 causing havoc for Powell Valley Electric Cooperative (PVEC) customers. The first round was short-lived, with power returning within a couple of hours for most of the affected homes.

Randell Meyers, PVEC general manager and CEO, said during an interview that afternoon that the system was “back fed” to restore power while TVA continued to work on its end of the outage.

The second round began for some around 4 p.m. on Christmas Eve, putting a damper on festivities. A domino affect occurred, eventually knocking out a majority of homes throughout the evening and into the early morning hours of Christmas Day.

Record-breaking low temperatures over Christmas night had Claiborne County residents on edge and fearing a repeat performance. However, homes were safe from the frigid temperatures that dipped well into the single digits by pre-dawn on Dec. 26.

A large segment of PVEC customers expressed gratitude to the linemen who hit the ground running to restore electricity across the county.