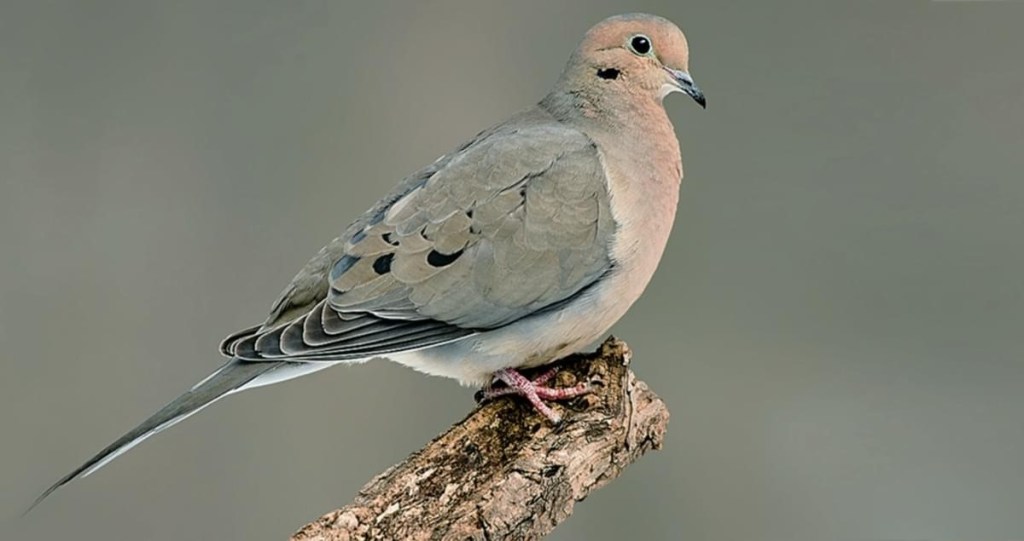 Tennessee has a huge population of doves, in particular the mourning dove.

The mourning dove is also known as American mourning dove, rain dove and turtle dove. They measure between 8-14 inches in length and weigh around four ounces.

Amazingly, the mourning dove will mate with one partner for life and studies have determined that in some cases it takes some time before the bird takes on another mate. This is perhaps why they are called mourning doves.

Another reason they have this name is the cooing call made daily. It’s very common and heard daily.

They are prolific breeders and in warmer climates they may have up to six broods a year.

They love semi open territory and avoid larger woods. They primarily feed on seeds and such on ground level but will steal bird feed out of your neighbor’s feeders: however they do not eat many insects like other birds.

In some northern areas they will migrate south but in most southern parts of the United States they sometimes remain through winter.

The morning dove is the most hunted migratory bird in North America. In Tennessee there are an average of 16,000 dove hunters who harvest an estimated 250,000 annually but it’s a small drop in the bucket to a total population of 180 million birds.

The Tennessee season is broken down in parts so consult the hunting guide for more information and regulations. This bird is very protected and there are many regulations to consider so consulting the guide is an absolute must.

The morning dove is a beautiful bird who’s call rings out in the East Tennessee hills and they can be seen perched on power lines and other lines stretching out across fields and down roadways.