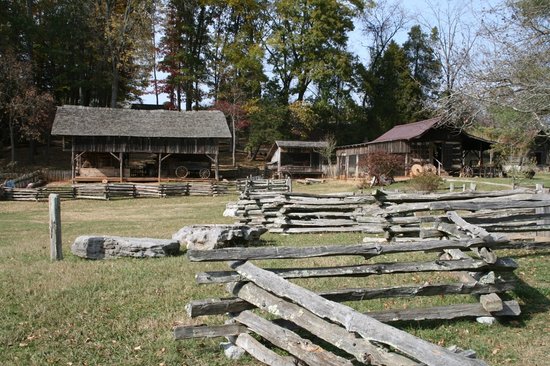 Pieces of our local heritage are being transferred from one Washington D.C. office to another. U.S. Rep. Tim Burchett has agreed to take the unique artifacts for display in his office originally on loan from the Museum of Appalachia to U.S. Sen. Lamar Alexander.

The Museum of Appalachia has, for the last several decades, been the place to go for everything rustic and traditional. Stepping through the gates of the John Rice Irwin brainchild provides visitors with much more than a taste of life in these hills and dales of yesteryear.

Some very precious and unique museum artifacts have, since 2003, been on loan to U.S. Senator Lamar Alexander for display inside his Washington D.C. office. Alexander’s retirement this month means the items will need a new home. Enter U.S. Representative Tim Burchett, who has announced he will continue the Tennessee Congressional delegation tradition by transferring the artifacts to his office in the nation’s capitol.

Each item on loan from the museum has been authenticated as an original piece from within the state’s 2nd Congressional District, making them special to our local history and culture.

Prior to the relocation Burchett, Alexander and Elaine Meyer, who is president of the Museum of Appalachia, met virtually to discuss the cultural importance of the pieces.

“Sen. Alexander and I grew up in East Tennessee, and these pieces belonged to the folks who came before us,” said Burchett, during the discussion. “This stuff really touches me and it’s cool the Museum of Appalachia can show us how people back then overcame obstacles in everyday life.”

Senator Alexander agreed, saying the Museum is an east Tennessee treasure that helps we who live in the region to celebrate our Appalachian culture.

“These artifacts gave me a chance to show off that culture, and these pieces of history always caught the attention of people walking by my office. I’m grateful to Elaine Meyer, the Irwin family and John Rice for loaning these items to me and I’m glad Rep. Burchett has decided to put a sizable part of this exhibit in his Washington office.”

Meyer said during the discussion that the artifacts are something in which all east Tennesseans can lay claim.

“It’s great they were on display in Sen. Alexander’s office throughout his tenure in the U.S. Senate. I’m glad this tradition is continuing, and these pieces will be a unique part of Rep. Burchett’s office just as they were with Sen. Alexander,” said Meyer.

The display may be viewed by visitors to Burchett’s Washington office, located in Room 1122 of the Longworth House Office Building.

The Museum of Appalachia is located at 2819 Andersonville Hwy. in Clinton, approximately 20 miles north of Knoxville. It is a living history museum that interprets pioneer and early 20th century culture.

THP to be on patrol during New Year’s Eve…