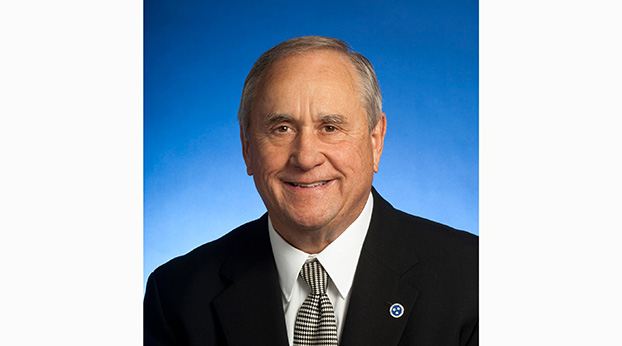 NASHVILLE – United States Senator Bill Hagerty (R-TN) has announced the appointment of Jim Henry as his State Director and the appointment of the other dedicated public servants who will serve in his Tennessee state offices. The offices will be located in Nashville, Chattanooga, Cookeville, Jackson, Knoxville, Memphis, and Tri-Cities.

“Having Jim Henry, someone who has spent his career serving our state, as my state director will bring tremendous experience to our state team and will help ensure that Tennesseans know my offices are available to help in their communities,” said Hagerty. “The men and women who will make up these seven offices bring a wealth of knowledge and understanding of Tennessee-specific issues that will serve our state and our citizens well.”

Jim Henry will serve as State Director. Henry most recently served as the Deputy Governor and Chief of Staff to Governor Bill Haslam. He has served Tennessee as the Commissioner of Children’s Services, was the first Commissioner of the Department of Developmental and Intellectual Disabilities, and was the Republican Leader in the House of Representatives. Jim is also a past Chairman of the Tennessee Republican Party. He ran for Governor in 2002, and is a former mayor of the city of Kingston.

Michael Sullivan will serve as Deputy State Director. Sullivan most recently served as Hagerty’s Campaign Manager. Previously he was the Executive Director of the Tennessee Republican Party. He is a graduate of Hanover College and has worked in government and politics since 2007. His experience includes work in Indiana, Illinois, and Iowa. He moved to Nashville in 2011, where he lives with his wife and two children.

Preston Cooper will serve as Special Projects Coordinator. Previously she served as a Political Coordinator for Hagerty’s campaign, her first job in politics. She is a graduate of Sewanee: The University of the South. Cooper currently lives in Nashville.

Tammy Pierce will serve as Special Assistant to the State Director. Pierce previously served as Executive Assistant for Special Projects at the Tennessee Department of Child Services Institute. Prior to her work in the social services and government sectors, Pierce worked with Kenny Rogers and others in the music and entertainment industry. She has one son, a high school teacher and coach, and a daughter-in-law who is a registered nurse at Vanderbilt Hospital. Pierce is a fourth generation Nashvillian.

Braden Stover will serve as a Field Representative. Stover most recently was Hagerty’s Deputy Campaign Manager. Prior to that, he served as Director of Operations and Campaign Manager for Congressman John Rose. He is a graduate of Belmont University and currently resides in Gallatin with his wife Gracie.

Stan Settles will serve as a Field Representative. Settles most recently served as Hagerty’s Chattanooga Regional Field Director. Previously, he was a Field Organizer for Congressman Chuck Fleischmann. He is a graduate of the University of Tennessee Chattanooga, where he was the Student Body President. Settles has worked on several local and state-level campaigns in the area. Settles moved to Chattanooga in 2016, where he lives now.

The Chattanooga office is located in the Joel E. Soloman Federal Building at 900 Georgia Avenue, Suite 260 and can be contacted by calling 423-752-5337.

Tanner Cox will serve as a Field Representative. He was most recently Campaign Manager for Congressman John Rose’s campaign. Previously, he was a Regional Field Director for Hagerty. He is a graduate of Tennessee Tech University. Cox is originally from Fentress County and lives in Cookeville.

Bonny Warren will serve as a Constituent Services Representative. Warren has 10 years of constituent service experience with the U.S. House of Representatives. Having previously worked in Tennessee state government, Warren has a background serving constituents. Warren lives in Cookeville with her husband and enjoys her large family.

The Cookeville office will be located in the L. Clure Morton Federal Building at 9 E. Broad Street, 3rd Floor and can be contacted at this time by calling the Nashville office at 615-736-5129.

Joe Bailey will serve as Regional Director. Bailey has most recently been managing his own consulting business. He was Vice Mayor for the city of Knoxville and a member of the City Council for eighth years. He is a veteran of multiple campaigns, including President Reagan’s re-election campaign in 1984 and President Bush’s 1988 campaign. Bailey served in the Reagan and Bush administrations at the U.S. Department of Agriculture and the U.S. Department of Energy. Additionally, he worked for the Tennessee Valley Authority. Bailey lives in Knoxville with his son and two daughters.

Riley Lovingood will serve as a Field Representative. Lovingood has spent the past year working for Hagerty’s Campaign as a Regional Field Director in Knoxville. He recently graduated from the University of Tennessee where he was a football player. He received both a bachelor’s and a master’s degree from the University of Tennessee. Lovingood is an eighth Generation Tennessean originally from Hendersonville.

Mary Wooldridge will serve as Constituent Services Representative. Since 2011, Wooldridge has been a Constituent Services Representative for Senator Lamar Alexander. She was previously employed by BellSouth (now ATT) and LeBonheur Children’s Hospital. Wooldridge attended the University of Memphis and Southwest Tennessee Community College. She is a lifelong Memphian, where she lives with her husband. Wooldridge is the proud mother of two children and four grandchildren.

The Memphis office is located in the Clifford Davis-Odell Horton Federal Building at 167 North Main Street, Suite 1068 and can be reached by calling 901-544-4224.

Nick Castle will serve as a Field Representative. Previously, he served as Hagerty’s Tri-Cities Field Director. He attended East Tennessee State University, where he studied history and political science. Castle is from Kingsport.

Tracie O’Hara will serve as a Constituent Services Representative. Previously, she served the First Congressional District for eleven years, working for Congressman Phil Roe. She resides in Jonesborough with her husband Scott.