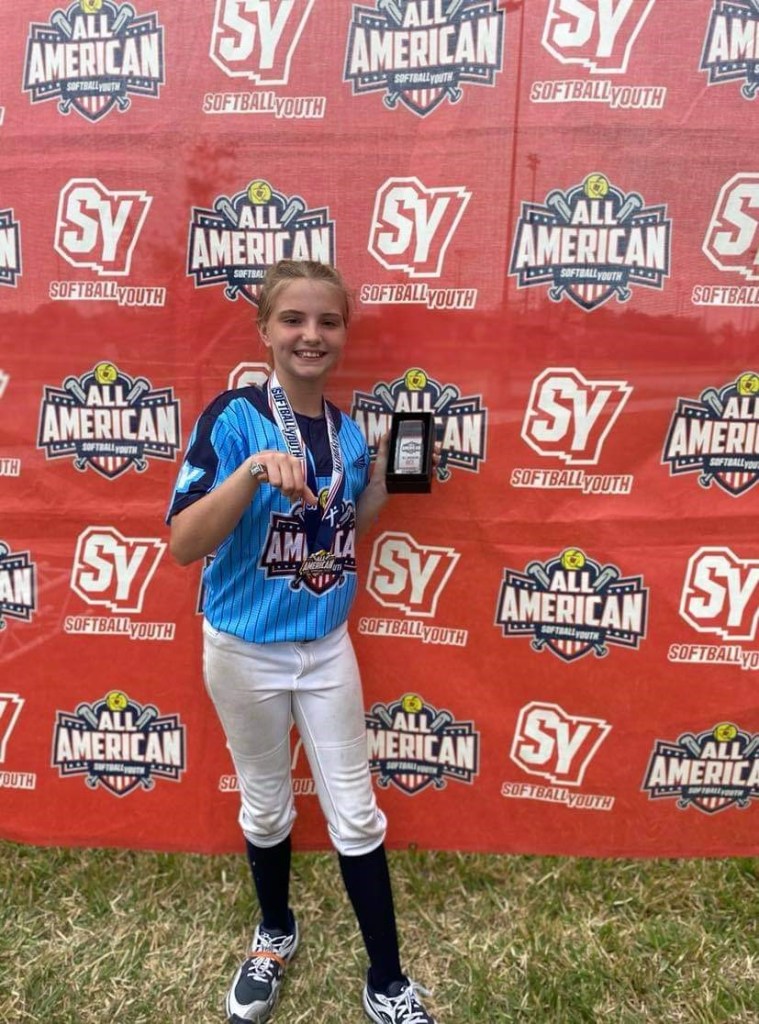 Stansberry shows off her new hardware

New Tazewell resident Tayleigh Stansberry got a shot at the world of youth softball’s big stage and took advantage of her opportunity at the All American Games in Orlando, Florida.

Stansberry brought in the New Year competing against some of the top players from across the nation at the invite only event.

Tayleigh plays with the Claiborne Middle School softball team and a is future 2028 high school graduate. She played up to compete with and against 2027 graduates. Her team, Freedom 2027 went undefeated in the tournament which was comprised of five national teams. She was the youngest of six pitchers on her team and the youngest of 27 pitchers in class but did not allow a single run the entire tournament.

Following an outstanding performance at the tournament, Tayleigh received the ACE Perfect Pitcher Award, a ring, and a medal.

In addition, she was chosen as one of 12 players to represent the southeastern region on the Florida Elite Team which will compete at multiple nation-wide events throughout 2021.

Tayleigh plays for Explosion 2009 out of Knoxville, TN and has played at multiple state tournaments but the Orlando series was the biggest stage she has competed on to date.

Primarily a pitcher, Tayleigh prides herself on being a utility player. She sees time at third, shortstop, first base, and some outfield as well. Knowing the importance of both sides of the ball Stansberry is also an impressive hitter and has one of the top on base percentages on her team.

She continues to train hard daily and has hopes of playing at the collegiate level. More importantly, she strives to be an encouragement and give God glory in all she does.