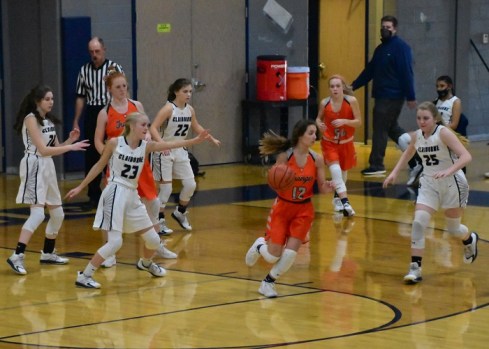 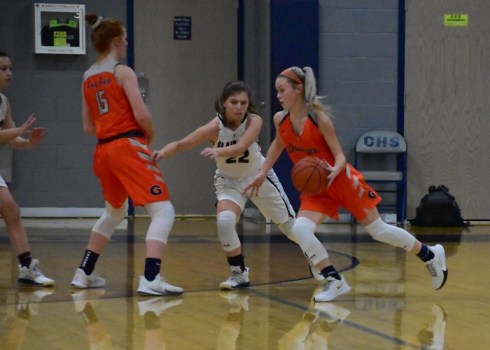 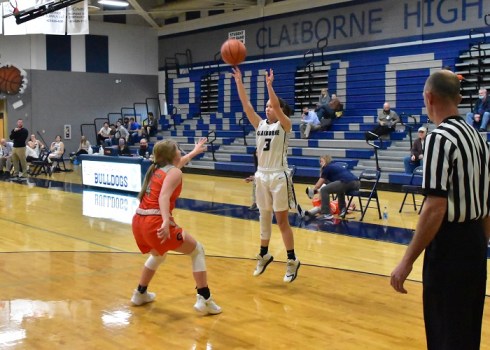 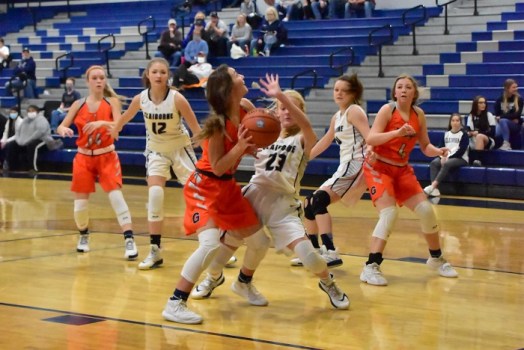 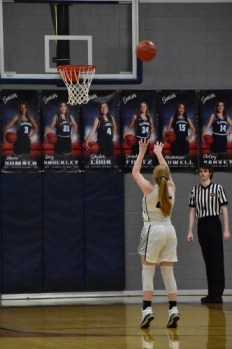 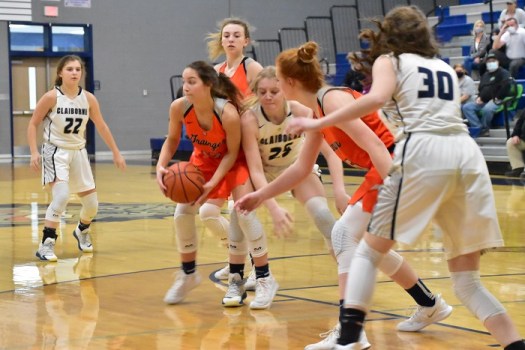 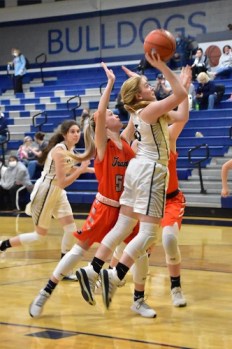 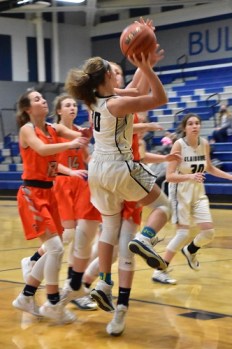 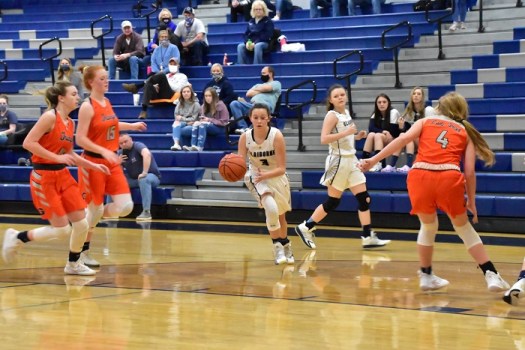 Ily Bussell dribbles through a gap in the Grainger defense. 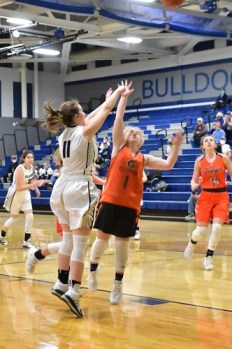 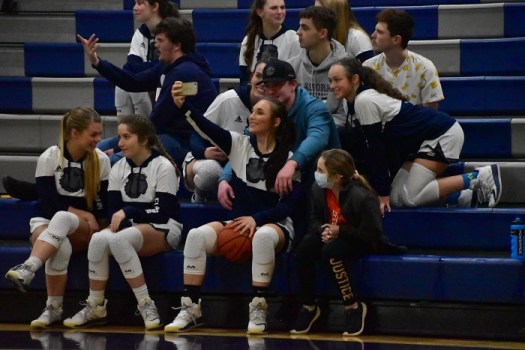 The Claiborne Lady Bulldogs and Grainger tipped it off January 26 at the Carl R. Green Gymnasium and the home team got off to a slow start. They were down 5-10 after the first period.

During the second period, Claiborne stepped up the defensive pressure and created a few turnovers but were committing fouls in the process. They were passing the ball well but the movement wasn’t pleasing to the CHS coaches who called for a time out to speak with the team.

Claiborne finished the half down 12-19 but were only a small run from being back in the contest.

CHS came out of the locker room more focused and narrowed the lead down to five points but Grainger was able to stay out front and lead after three periods, 19-27.

The fourth quarter lead floated around five points but the Lady Bulldogs had their chances to close on up but failed. The final score was 27-34.

Leading Grainger in scoring was Maddie Hurst with 11.

Hannah Fugate led CHS with seven. Allie Jones had five, Taylor Pressnell and Jordan Fultz both had four, Ereanna Ford had three and Delana Bailey along with Carley Hall had two each.