Panthers catch Knights and win by 23 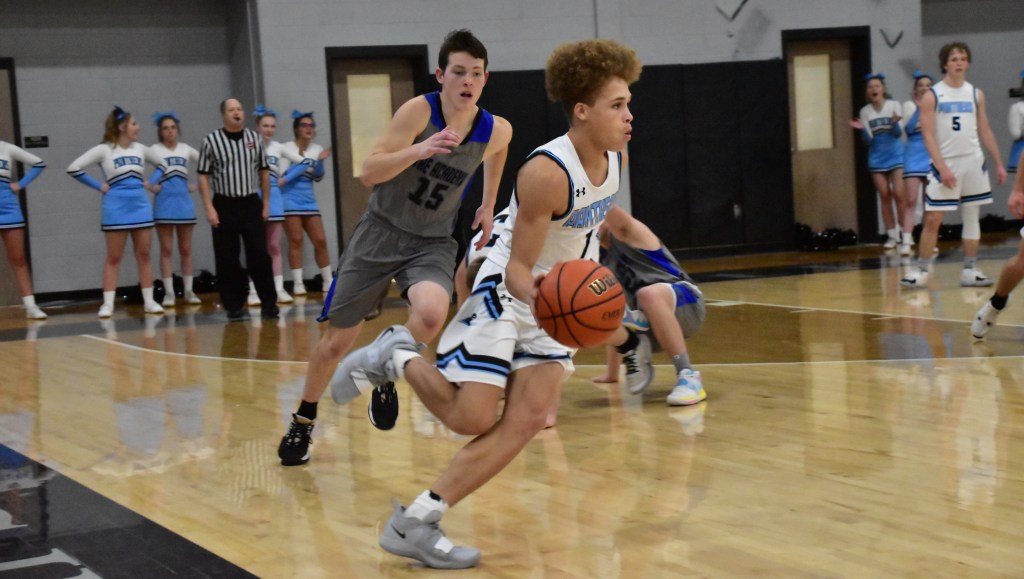 Frank White Academy came into Cumberland Gap with a hot hand early but 11 Panther three pointers made the difference in a 67-44 victory for the home team.

The Knights made the short trip to Panther territory and for nearly two periods had Panther Nation a bit concerned.

Jacob Yeary helped set the tone for the academy as he hit seven points in the opening period. Tanner Brush added a three and Blake Stoner dropped in four to give the visitors a 14-10 advantage after one period of play.

With 5:10 in the second period showing on the game clock the Panthers had finally taken their first lead in huge part by the three point shooting of Logan Daniels, Jaden Schertz and Elijah Lawson.

Their great shooting put the Panthers out front for good and they led at the half, 30-20.

During halftime, fans enjoyed seeing the Cumberland Gap Dance and Cheer teams perform. The Pandemic had completely shut off these performances until recently.

Cumberland Gap came out of the break and placed 24 points on the board during the third period featuring a defense that gave up 12 points.

Clint Crockett, Jon Graves and Schertz hit three pointers that seemed to break the will of the visiting Knights.

Lawson led the Panthers in scoring with 12 all in the first half. Schertz finished with 11. Daniels had 10, Jake Templin and Dylan Ellison both had eight, Crockett had six, Lance Owens and Graves had three. Richie Logan, Isaac Brown and Braden Ellison all three scored two points.

Stoner led the Knights with 14. Yeary had 13, Patrick Moore had five, Adam Turley finished with four, Tanner Brush was held to three points, Ben Hamilton had three and Samuel Rhodes rounded out the total with two points.