Claiborne 50 years ago: The cost of goods and services 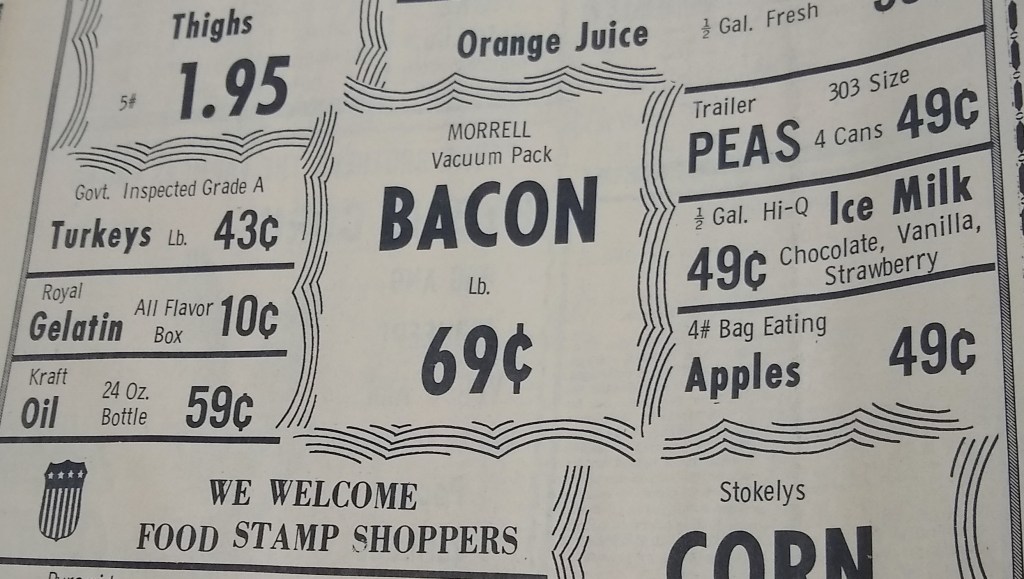 When looking at the cost of goods and services back in 1971 there are similarities to today’s prices in a few items and also some wide discrepancies.

The cost of a gallon of Amoco premium gasoline was 38 cents.

Eight pieces of living room furniture would set a family back $200 plus tax.

If you needed to paint that home a gallon of paint would cost $3.44.

A six year old Ford Mustang was priced at $795.

Top of the line B.F. Goodrich tires for those vehicles were listed two for $38 at Bill Brooks TV and Appliance Company.

Also you could bring the family or child to the store for a 5×7 living portrait for only a dollar.

A new full size refrigerator was priced to sell quickly at less than $200 and a full dinette set could be purchased at Claiborne Furniture and Appliances for $80.

At G&F Supermarket, four pounds of apples were priced at 49 cents while Morrell bacon was 69 cents per pound.

A half gallon of Hi-Q vanilla, chocolate or strawberry ice milk was 49 cents and for all the steak lovers, Wampler’s 20 ounce grilled steaks were 79 cents per package