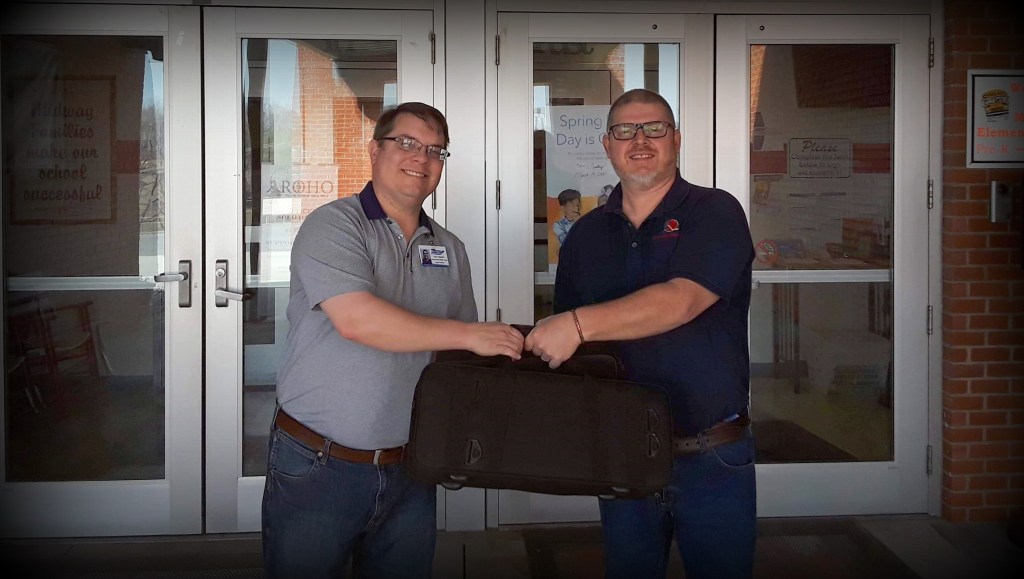 Jeff Day, owner of Dry Quick Carpet Care (606-269-0664) and his wife Amanda are both former musicians having played in high school.

Jeff also played in the pep and concert band at Lincoln Memorial University so music has been part of their lives.

When Midway School released a statement about their school band not having enough instruments for the amount of students interested in band, Jeff knew he wanted to help.

Day also found out the need isn’t just at Midway but in five other Claiborne County middle schools.

When asked why he felt like making this donation Day said this, “I just felt I needed to do this because of the importance of a music program.”

The instruments were handed over to Mr. Hardin at Midway Elementary School, March 10.

Both high school bands, Cumberland Gap and Claiborne High, are making huge strides in the band program and that is directly related to the middle school feeder programs which are producing more polished musicians for the high school bands.

Ludwig van Beethoven once said, “Music is a higher revelation than all wisdom and philosophy.”