Well-known Tennessee educator Ralph Evans passed away March 20, in Bradenton, Florida, at the age of 93. He was preced 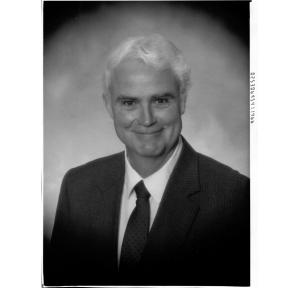 ed in death by his parents, Milton and Lucinda Evans of Speedwell, his brother, Claude Evans of Nesbit, Miss., his sister, June Evans Treece of Speedwell and his wife, Maude Evans, in 2011.

Evans was a native of Claiborne County, Tenn., and graduated with a degree in chemistry from Lincoln Memorial University. After serving in the U.S. Air Force, he earned his master’s in education from East Tennessee State University and took a teaching position in Lake City, Fla., where he met his wife, Maude Smith.

The couple moved to Tazewell, Tenn., where he served as principal of Tazewell High School. He earned his Ed. D. from Peabody College and then served as principal in Fort Scott, Kan. From there he was superintendent of schools in Tullahoma, Tenn., and then took a position at Carson-Newman College before being hired as superintendent of Kingsport City Schools, where he served for nearly 20 years from 1969 until 1988. After retiring from Kingsport City Schools, he worked as a vice-president of Lincoln Memorial University for several years.

He was a faithful member of First Baptist Church in Kingsport and put importance on his faith, reading through the Bible every year for many years. He was also an active member of the Kingsport Rotary Club. His favorite pastime was gardening and he grew a wide variety of fruits and vegetables each year. He and Maude enjoyed traveling and took their children to each of the 50 states. Later, the two of them traveled the world, visiting each continent except Antarctica. For the last five years he lived in Bradenton, Fla., near his daughter, Alisa.