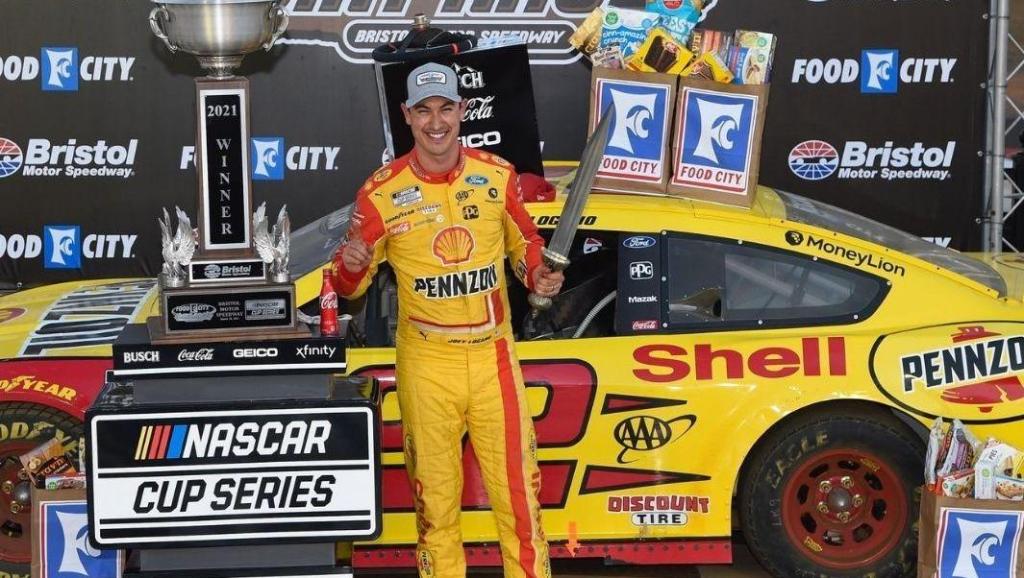 Joey Logano held on for a historic victory Monday in the NASCAR Cup Series’ first race on dirt since 1970, pulling away in overtime at Bristol Motor Speedway.

Logano led 61 of the 253 laps in the Food City Dirt Race, driving his Team Penske No. 22 Ford to a .554-second margin of victory at the checkered flag. His first win of the season was his third at Bristol and the 27th of his Cup Series career.

Truex, who scored his first Camping World Truck Series win on the Bristol dirt, prevailed in Stage 1 and led a race-high 126 laps before fading to a 19th-place finish with a flat tire in overtime. He gave way to Suarez on Lap 135, who held the point for the next 58 laps until Logano took charge to win Stage 2. Logano stayed in front the rest of the way, leading the final 61 laps.

The race was slowed by a handful of multi-car wrecks that thinned the field of contenders. A Lap 51 crash knocked dirt-track specialists Kyle Larson and Christopher Bell out of the running for the win early. Bell lost control of his No. 20 Joe Gibbs Racing Toyota in the high line, collecting Larson’s No. 5 Hendrick Motorsports Chevrolet and Ross Chastain’s No. 42 Chip Ganassi Racing Chevy in its wake.

Bell and Chastain were sidelined, and Larson continued off the pace with a damaged car.

The NASCAR Cup Series will be idle next weekend for the Easter holiday, returning to action April 10 at Martinsville Speedway (7:30 p.m. ET on FS1, MRN and SiriusXM NASCAR Radio).  Courtesy of NASCAR