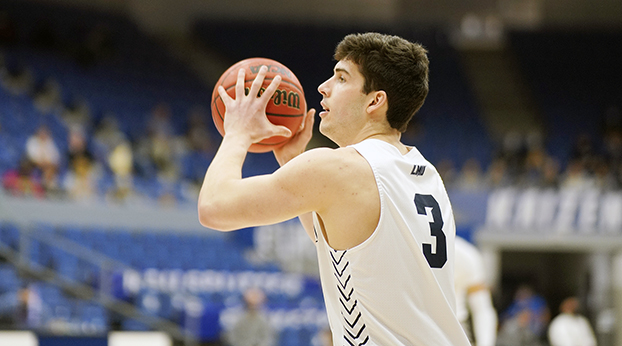 LMU was tabbed No. 13 in the final National Association of Basketball Coaches (NABC) Division II Top 25 poll of 2020-21, which was announced Tuesday, March 9.

Ending the season on a 30-game home-court winning streak, the Railsplitters captured their league-record ninth South Atlantic Conference regular-season title in 11 years. Selected to the NCAA Championship field for the 10th time in 11 seasons, LMU has spent 30-straight weeks ranked in the top 15 dating back to Nov. 19, 2019. The Railsplitters have spent a total of 149 weeks in the national polls since December of 2010.

Wrapping up its season at the Division II Elite Eight in Evansville, Indiana, LMU went 19-4 overall and claimed five victories over teams who are either ranked or receiving votes in the final national media poll. The Railsplitters defeated now seventh-ranked Colorado School of Mines 90-76 last Wednesday to improve to 3-0 in Elite Eight games after walloping now 22nd-ranked Emmanuel College (Ga.) 103-67 in the Division II Southeast Regional Championship title game on Tuesday, March 16. On Sunday, Dec. 13, LMU dismantled now 12th-ranked the University of Alabama in Huntsville 93-68 inside B. Frank “Tex” Turner Arena.

Queens University of Charlotte and Tusculum, the only other two SAC teams to receive votes in the final D2SIDA Media Poll, were both handed losses by the Railsplitters in 2020-21. LMU routed then 24th-ranked Tusculum 103-82 on Jan. 2 before claiming an 80-66 win over the visiting Pioneers in the Division II Southeast Regional Championship semifinals on Sunday, March 14. The Railsplitters ousted then 12th-ranked Queens 77-63 on Feb. 3 in Harrogate.

After capturing its third national championship in five years, Northwest Missouri State ends the season as the top team in the nation according to the media poll. West Texas A&M, the national runner-up, is No. 2 followed by LMU, fourth-ranked Flagler College, No. 5 Northern State, sixth-ranked Truman State, No. 7 Colorado School of Mines, eighth-ranked West Liberty, No. 9 Daemen College, and 10th-ranked Hillsdale College to round out the top 10.