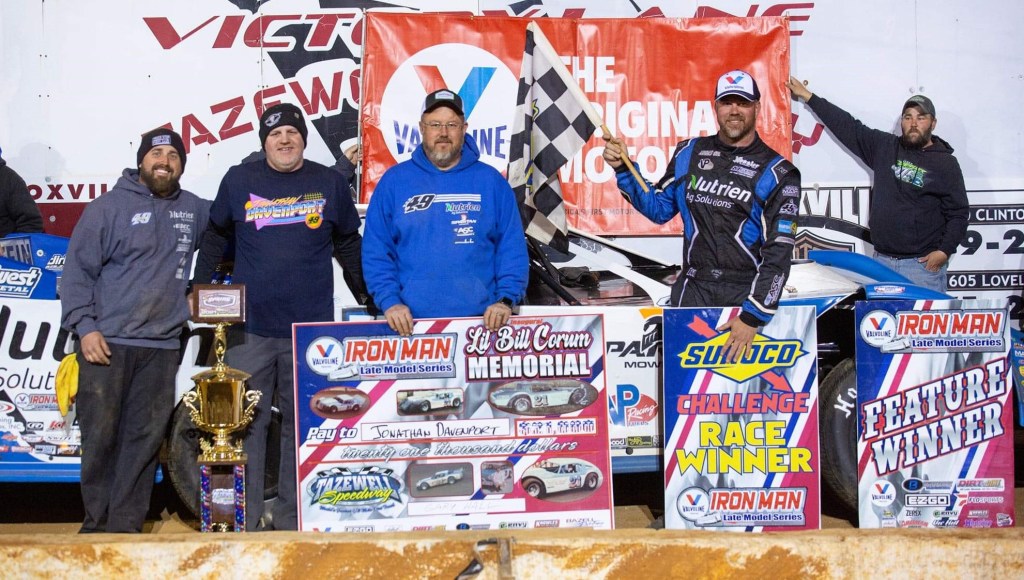 Drivers and fans came from all over the United States to witness the high speed action the 1/3 mile, high banked dirt track hidden in the Cave Springs and Baccus area of Claiborne County provides.

35 late model drivers signed in to run the big race including some of the very best dirt drivers including Jonathan Davenport, Jimmy Owens and current NASCAR driver Kyle Lawson.

However, at the end of the night it was Davenport who stood in victory lane with the $21,000 check. He battled Lawson for the checkers and finishing third was Tyler Erb.

The packed grandstands witnessed some great racing with others watching worldwide on FloRacing Motorsports Television.