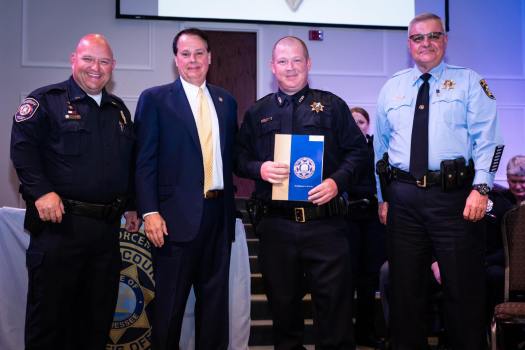 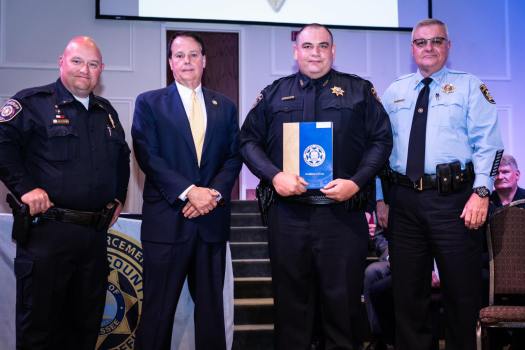 The Claiborne County Sheriff’s Office has just thickened its thin blue line by two members who spent the last 12 weeks entrenched in everything law enforcement. Deputies Josh Smith and Gary Fuson spent April 9 celebrating the fruits of their labors as the latest CCSO law enforcement officers to complete the Blount County Sheriff’s Office Academy. The Basic Police Academy Class trains and prepares officers for certification by the Peace Officers Standards and Training Commission of Tennessee. As such, it is recognized by the state as the local place to go for those individuals who want to become a law enforcement officer.

The guys took a few moments during the ceremony to snap photos to commemorate the occasion. Shown from the left in photo # 1 is Josh Blair, director of the Blount County Sheriff’s Office Academy along with Blount Count y Sheriff James L. Berrong, CCSO deputy Josh Smith and Claiborne Sheriff Bob Brooks.