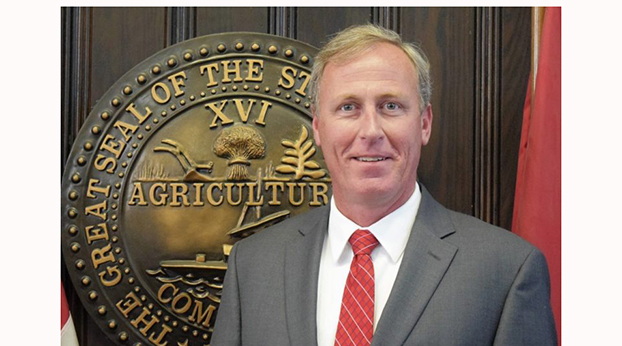 The $500,000 in grant funds was awarded to the county. The Helen Ross McNabb Center was onboard with the project, offering its Women’s Jail to Work drug abuse program. The building was in line for purchase. But, 11 of the 21 Claiborne commissioners voted not to buy from Pump Springs Church the metal structure handily located beside the Claiborne Justice Center.

The vote left many shaking their heads with jaws dropped at the seemingly last-minute decision not to move forward with the $175,000 purchase – a caveat to the final decision by ARC (Appalachian Regional Commission) to grant the county the money to provide the innovative program.

“Part of the application for the grant was the purchase of the building. Without purchasing the building, we lose the grant,” said county commissioner Whitt Shuford. “There was discussion (at the Claiborne Commission meeting) that, like any grant, Joe (county mayor Joe Brooks) says ‘you have to put some skin in any game.’ A part of our ‘skin’ was to purchase the building.”

Shuford says he specifically asked and was told by Brooks at the time of the initial discussion months ago that the grant required a purchase commitment.

“I said ‘okay, so why don’t we just earmark this money to spend on this building and then submit the application. Once we find out if we get the grant or not – the money’s already earmarked and we can purchase the building at that time,’” said Shuford.

His motion to set aside the $175,000 was unanimously adopted. Meaning, all 21 commissioners were in favor of the measure when first brought to the floor.

Shuford was asked if there was anything wrong with the metal building. If maybe the deed was not “clear” or something else that might cause some of the commissioners to nix the purchase.

He said the deed was clear and in order and that nothing seemed out of place with the structure.

Brooks spoke of the building during the April meeting of the Claiborne Commission. He said all utilities work and appliances except one of the four freezers were in good order, according to county maintenance chief Murphy Miller who combed the building for any problems.

Area factories were onboard with the jail to work program, as were the judges and attorney general.

Anyone participating in the program would have been required to sign a waiver assuming their own risk.

“Once accepted into the program, they will no longer be under county liability,” said Brooks. “Any infraction will result in the immediate return to jail and likely a lengthening of their sentence.”

Program participants would have been closely monitored at all times by the Claiborne Sheriff’s Office, according to Brooks.

Commissioner Shawn Peters said during the discussion that he wanted to make it crystal clear and on the record that this program is for those inmates currently incarcerated in the Claiborne County Jail. Individuals outside the county will not be eligible, he said.

Directly following the vote, Commissioner Large said “we’re not against the program. We’re against the building.”

Commission chair Campbell asked whether the county could look into an alternate site.

Brooks said the proximity to the Justice Center made this building “the perfect spot” for the program.

The decision not to purchase the building could make getting future ARC grants a bit more difficult, according to both Shuford and Brooks.

The county mayor equated the act as a “slap in the face” to those overseeing future grant applications submitted by Claiborne County.