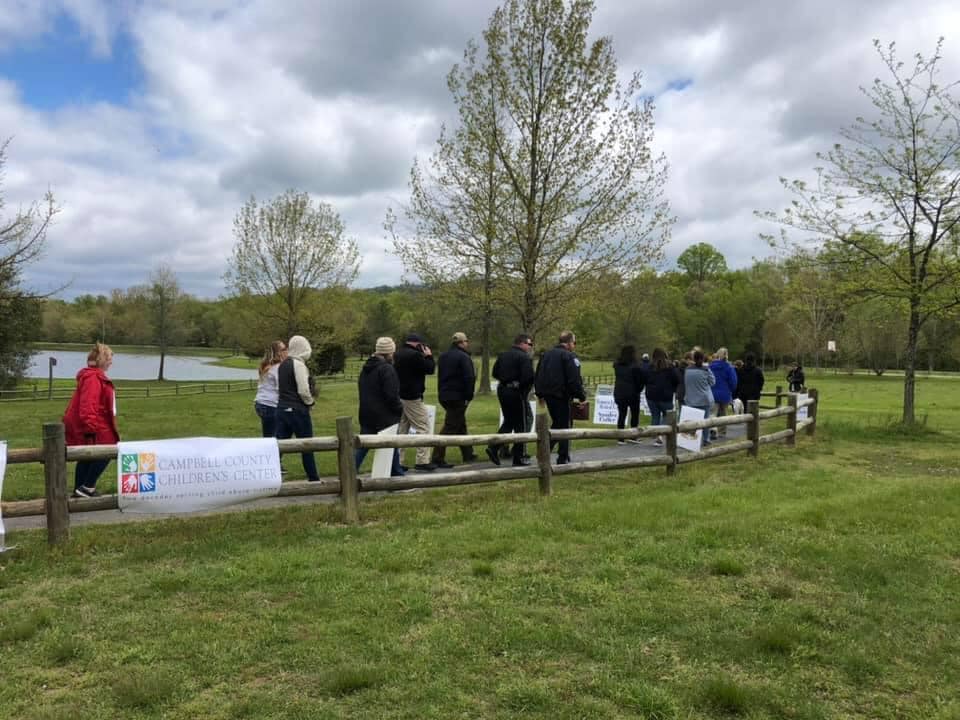 All branches of law enforcement along with members of the 8th Judicial District came together on April 20 to remember those who have suffered by the hands of criminals. A commemorative walk was held during the inaugural edition of the Walk for Victims event, held locally in the Harrogate City Park.

The week-long series of walks were part of the National Crime Victims’ Rights Week. Each of the five counties within the 8th Judicial District took to the walking paths in recognition and support of victims and their families.

Keynote speakers Pam and David Tripp remembered the late Doug Tripp, as they spoke on behalf of all crime victims.

Doug Trip was the THP trooper who was murdered in 1991 in the line of duty.

The veteran trooper was shot ten times in the head, neck and shoulder areas with a .22 caliber rifle, while sitting in his cruiser at the Tazewell Muffler Shop. The murder occurred minutes before midnight on May 18. Tripp was pronounced dead soon after, on the 19th.

He was reportedly shot to death because of a speeding ticket.

The Rev. Dustin Callahan provided the invocation and offered words of encouragement.

“I was humbled by the outpouring of support for crime victims and their families by everyone who attended our Walk for Victims. Crime victims deserve our support, and I am honored to be their voice in our criminal justice system,” said attorney general Jared Effler.

Community partners include Community Health of East Tennessee (CHET) and Smoky Mountain Home Health and Hospice, whose representatives were present during the event.