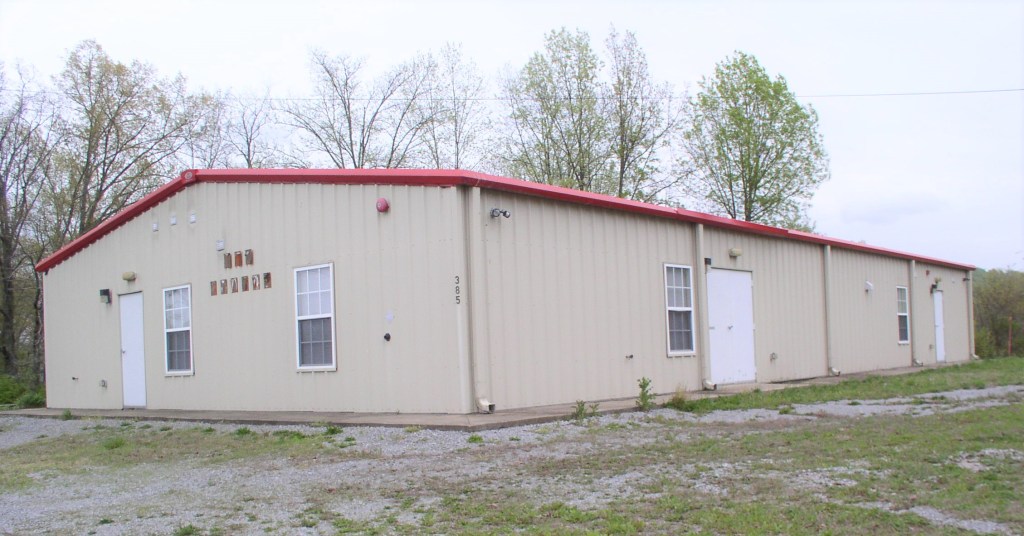 The Claiborne Commission did a 180 during its June meeting, voting to purchase this metal building to house inmates entering the Helen Ross McNabb drug abuse program. Shown is the outside of the 6 year old structure as it looks today. Photo: Jan Runions

The Claiborne Commission will be revisiting two hot-button topics during its next meeting slated for May 17. The commissioners will be reconsidering the Helen Ross McNabb drug abuse program for female inmates. A second resolution that will no doubt hit a nerve proposes reducing the number of county commissioners – a significant deciding factor included in the Home Rule Charter referendum, kicked to the curb by a landslide majority at election time.

Resolution 2021-035, if adopted, would decrease the commission from its current 21 member board to just 9 individuals – one from each of the nine districts. Term limits would be set at 4 years.

“…there is a growing desire among county residents that having a County Commission comprised of (21) County Commissioners is outdated, inefficient and not cost effective,” states the resolution, in part.

If adopted, the matter would be decided by referendum vote during the August 2022 election.

Last month, the commissioners voted 11 to 10 not to purchase a metal building from Pump Springs Church. The structure would have housed those female inmates who qualified for the Helen Ross McNabb drug abuse program.

In October, the commission unanimously agreed to the purchase contingent on the acquisition of $500,000 in grant money from ARC (Appalachian Regional Commission). By the April meeting, a simple majority of the commission decided not to go forward with the $175,000 purchase despite the news that the county had been awarded the funds.

None of those who voted against the purchase were willing to go on the record with verifiable proof, however.

County mayor Joe Brooks spoke of the grant during the meeting last month.

Brooks said the funds, spread over a three-year period, would be used solely for the program and staffing.

Under the 70/30 matching grant, the county would be responsible for $214,285 of the total $714,285. From the county’s portion, things like the initial purchase price of the building along with any upgrades, utilities and other costs would be applied to the grant as “in-kind.”

He said the county could be searching during the three-year period for additional grants to cover the ongoing program costs once the grant funds run out.

Brooks said during the meeting that the county has a six-month window of opportunity to get the program up and running and an additional three months to get the qualifying female inmates in place.

McNabb will be responsible for qualifying the women, he said.

Meanwhile, the ARC grant clock is ticking. Those overseeing the grant are taking a wait-and-see approach until the end of the 6 month and 9 month deadlines.

Also submitted with the original resolution is a 52-plus page petition filled with thousands of signatures in favor of bringing the McNabb program to the county. Several of those pages include comments from the public.

Additional pages are filled with statistics breaking down county drug overdoses. Several more pages are devoted to the breakdown of drugs and/or prescriptions that either moved through or were sold at the 11 pharmacies inside the county.

The Claiborne Commission will meet at 6:30 p.m. on May 17 inside the large courtroom of the Claiborne County Courthouse. The meeting is open to the public.