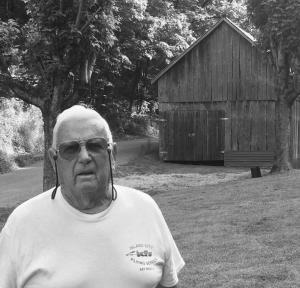 s born on Thursday, January 26, 1933, in Tazewell, TN to Porter and Lena Massingill. He was the second oldest of seven brothers. He joined the Navy as a teenager, serving during the Korean War as a Submarine Machinist. After leaving the Navy and while working with Civil Service, he had the honor of working on President Kennedy’s PT-109. During his time with Civil Service, he decided to use his GI Bill and take up flying. As a flight instructor with Island City Flying Service, he fell in love with the love of his life, Lois, after taking her up for her first flight lesson. His love of flying took him to the skies building over 45,000 flight hours throughout his career. He flew for Commercial Airliners: Air Sunshine, Air Florida and Midway. Throughout his flying career he flew and trained on multiple aircraft with a few being the Convair 440, Beach 18, Cessna 206, Cessna Caravan, DC-3, 737, 727, DC-9 and MD80. As Chief Pilot for the Key West Seaplane Service flying to the Dry Tortugas, he logged more flights than any other pilot in the history of flights out to Ft. Jefferson and twice landed on the water with engine failure without any injuries or casualties. In the course of his flying career, he was hijacked twice to Cuba and returned safe and unharmed. With amazing, good health, he was able to continue flying and instructing students up until a few days before he passed, where he will be flying for eternity. Throughout his life he enjoyed flying, diving, motorcycling, horseback riding, bicycling, traveling, and spending time with his family and friends.

He was preceded in death by his: Parents: Porter and Lena Massingill, Brothers: Hollis Massingill (Infant) and Harold Massengill and Son: Jim Massingill

Over 100 family and friends celebrated his life at the America Legion Post 28 in Key West, FL on Wednesday, July 21st and shared stories of the impact that he made on their lives. Cletis’ Final Flight Out of Key West will be Wednesday, July 28th, 2021, at 8:30 am Departing from Signature/Island City Flying Airport with full honors. He will be escorted from the Dean-Lopez Funeral Home with a VFW Motorcycle Brigade to the airport. The KW Fire Department will be present to honor him as he takes his final flight from EYW to his home in Tazewell, TN. His brothers and family along with Claiborne Funeral Service will be receiving him upon his arrival in Tazewell, TN.

The family will receive friends Friday, July 30th from 10 am to 11 am in the Claiborne – Overholt Funeral Home Chapel. Service will be conducted at 11 am with the Graveside Service to follow immediately afterward at the England Cemetery located off Highway 25 E, Tazewell, TN with full Military Honors. The services will be officiated by Rev. Raymond Shreve.

In lieu of flowers, the family prefers donations to be made in Cletis Massingill “Hogan’s” honor to Missionary Flights International, 3170 Airmans Drive, Fort Pierce, FL 34946, www.missionaryflights.org

~ Claiborne – Overholt Funeral Home is honored to be serving the family ~